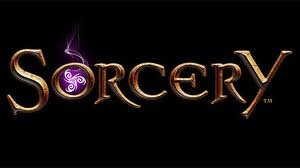 Despite Odisha Prevention of Witch Hunting Act, 2013 in force in the state, harassment and torture of persons suspected of practicing sorcery continue unabated.

In one such revolting incident, villagers in S B Jagdebpur under Jarada police station limits in Patrapur block of Ganjam district suspecting two persons of practicing sorcery after thrashing them black and blue knocked out their teeth and force-fed them with human excreta.

Villagers believed that the victims- Basudeb Nayak and Banchha Nayak through witchcraft had caused the death of two children of a family in the village a few days back.

Sources said so scared are Basudeb and Banchha of the villagers that leave apart lodging a complaint with the police on their own, they did not even turn up before Sujit Kumar Nayak, IIC Jarada who visited S B Jagdebpur to record their complaint.

The duo has been allegedly threatened of dire consequences by a group of villagers if they dared to report the matter to the police, sources added.

Nayak on getting reports on the abominable incident had visited the village on Wednesday to conduct an inquiry and had questioned villagers about it, police sources said.

However, the victims did not turn up to record their statements, sources added.

In absence of complaint, police action against the accused has been delayed.

Ambulance fails to turn up; woman delivers baby in van in Odisha