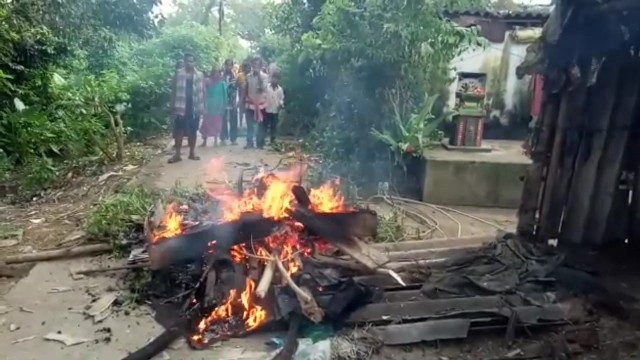 The deceased woman was identified as Kanchan Bhoi, a resident of Ward No. 10 under Jagatsinghpur Municipality. She died allegedly after being duped by a chit fund agent.

According to reports, a microfinance company ‘Bharat Financial Inclusion’ had been receiving deposits from women through many agents alluring the customers of high returns.

Kanchan was among the women depositors, who had been investing their money as savings at the firm.

On Sunday, she had been to an agent’s house seeking refund of her deposits, sources said.

As the agent denied to pay her money back, the two had a heated arguments over the issue. Suddenly, she collapsed after returning to home. She was rushed to the SCB Medical College & Hospital in Cuttack, where she was declared dead.

Reacting to the incident, hundreds of women depositors rushed to the agent’s residence. As he had fled from the area, the irate locals set his house on fire. They staged protest in front of his house keeping the deceased’s body on the road.

On receiving information, Jagatsinghpur police reached the spot and tried to pacify the crowd.