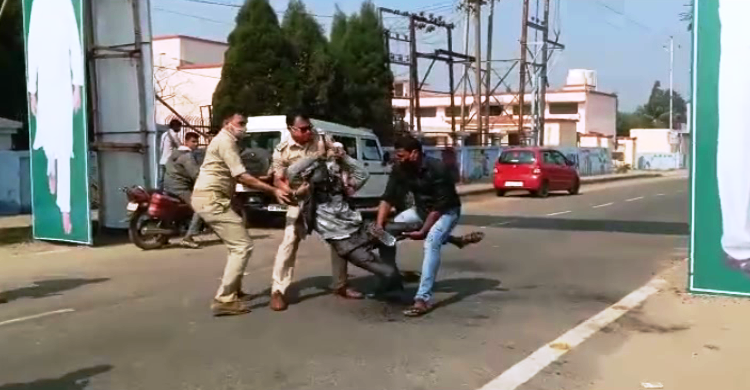 Khordha: After falling prey to cyber fraud, a  man today attempted self-immolation in front the Khordha Collector office here by pouring kerosene on him seeking justice.

However, police personnel present at the spot swung into action and rescued the man identified as Brajabandhu Sahu of Talkoi village after overpowering him. He was later taken to hospital for a checkup.

During questioning Brajabandhu revealed that he was cheated of Rs 16.32 lakh  by a fake company in August last year. He said a foreign website named Trade United Ltd made a deal with him to supply wood to his saw mill. Trapped by the fraudster, Brajabandhu provided his bank details to the former. The company later withdrew Rs 16.32 lakh  from the bank account.

The victim further alleged that though he brought the matter to the notice of Khordha Collector 15 days ago, the latter did not take any action in this regard forcing him to attempt the extreme step.

Animals sacrificed at Sulia Jatra in Odisha despite awareness