Durga pandals in Odisha to donate for treatment of Jaga-Balia 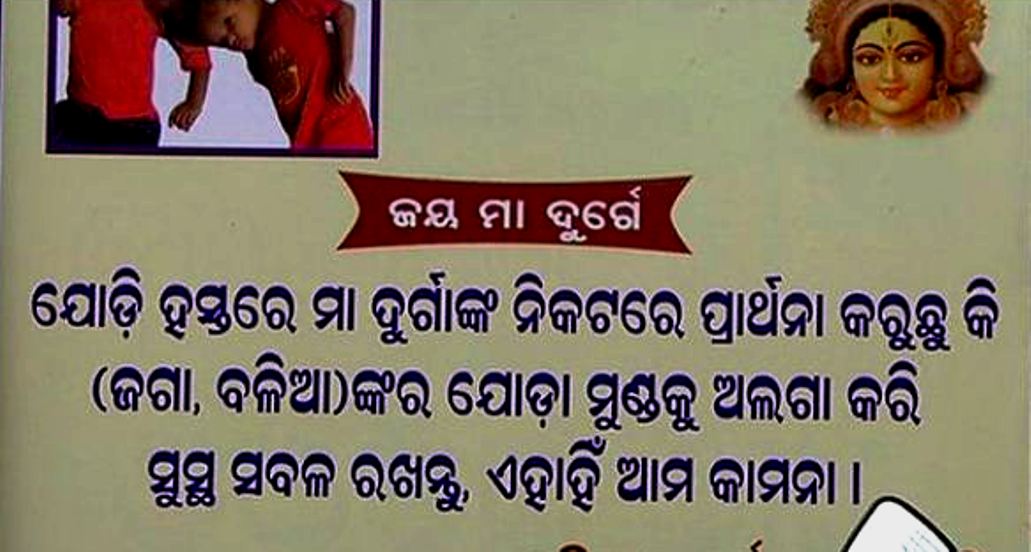 Bhubaneswar: In a rare gesture, a Durga Puja Committee in Odisha capital today announced to donate all the money collected in hundi (donation box) for the treatment of conjoined twins – Honey and Singh (Jaga and Balia).

Bomikhal Durga Puja Committee, one of the prominent puja committees in the city, has decided that they will donate all the proceedings of their hundi to the Chief Minister’s Relief Fund (CMRF) for the treatment of the conjoined twins.

“We will donate all the money received from devotees in our donation box to the Chief Minister’s Relief Fund for the treatment of Jaga-Balia,” said Bomikhal Durga Puja Committee President Kabula Jena.

A banner praying for early recovery and wishing good health of the twins was also put up inside the pandal. The Committee members and devotees offered a mass prayer before the Goddess Durga.

Besides, the committee will donate a large sum for the treatment of the twins.

Worth mentioning, the twins belonging to Milipada village under Phiringia block in the tribal-dominated Kandhamal district were shifted to AIIMS on July 13 and first phase of surgery to separate them was completed on July 29.

The second phase of operation is slated to be carried out in the middle of October considering the health condition of the twins.