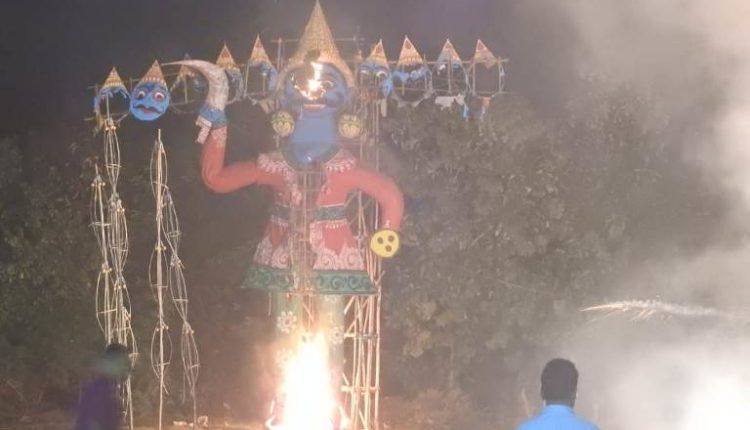 Bhubaneswar: ‘Ravan Podi’, the last leg of Dussehra celebrations was held in Odisha amid great fanfare this evening. The occasion commemorates the triumph of good over evil.

In Bhubaneswar, as the climate was favourable, large number of people visited puja pandals and gathered to celebrate Dussehra. The ‘Ravan Podi’ was organized at Baramunda, Nayapalli, Jharpada and Naharkanta areas of Odisha capital city.

The event marks the end of the nine-day long Dussehra celebrations. Giant effigies of Demon King Ravan were set ablaze during the occasion.

Ravan Podi is celebrated on Vijaya Dashami. It is believed that Lord Ram killed demon king Ravan on the day after offering his prayers to Goddess Durga. As per Hindu mythology, Goddess Durga also emerged victorious on this day over demon king Mahishasura after a nine-night and ten-day long battle.

Odisha: Youth held for burning pics of Hindu gods and goddesses in Rayagada