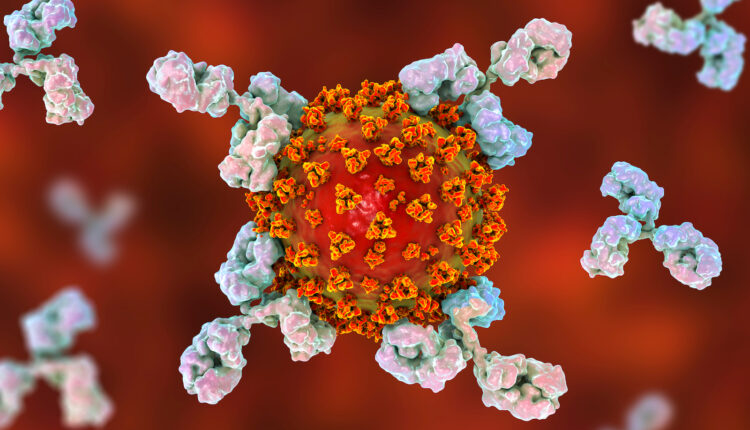 London: British drugmaker GlaxoSmithKline has claimed that early laboratory tests show that its antibody-drug against Covid-19 is effective against the new super mutant Omicron variant.

GSK developed Sotrovimab, with US partner Vir Biotechnology, a monoclonal antibody-based on the natural antibodies humans already make. In clinical trials, sotrovimab was shown to reduce the risk of hospitalisation or death among high-risk adult outpatients with mild to moderate Covid-19 by 79 per cent in 24 hours.

“Based on the sequence of the Omicron variant, we believe sotrovimab is likely to maintain activity and potency against this variant,” the company said in a statement.

A study posted on preprint server bioRxiv, which means it is not peer-reviewed, demonstrated that sotrovimab retains activity against key mutations of the new Omicron SARS-CoV-2 variant (B.1.1.529), including those found in the binding site of sotrovimab, the company said.

These data were generated through pseudo-virus testing of specific individual mutations found in Omicron. To date, sotrovimab has demonstrated ongoing activity against all tested variants of concern and interest defined by the World Health Organisation.

The companies are now completing in vitro pseudo-virus testing to confirm the neutralising activity of sotrovimab against the combination of all the Omicron mutations with the intent to provide an update by the end of 2021.

“Sotrovimab was deliberately designed with a mutating virus in mind. By targeting a highly conserved region of the spike protein that is less likely to mutate, we hoped to address both the current SARS-CoV-2 virus and future variants that we expected would be inevitable,” said George Scangos, PhD, Chief Executive Officer of Vir, in a statement.

“We have every expectation that this positive trend will continue and are working rapidly to confirm its activity against the full combination sequence of Omicron,” he added.

The drug, marketed as Xevudy, is recommended to be administered within five days of onset of symptoms of Covid-19. It has shown it is effective for people who do not require oxygen supplementation and who are at increased risk of progressing to severe Covid infection.

Sotrovimab binds to an epitope on SARS-CoV-2 that is shared with SARS-CoV-1 (the virus that causes SARS), indicating that the epitope is conserved, which may make it more difficult for resistance to develop. This indicates potential for sotrovimab to be effective across multiple variants of concern.