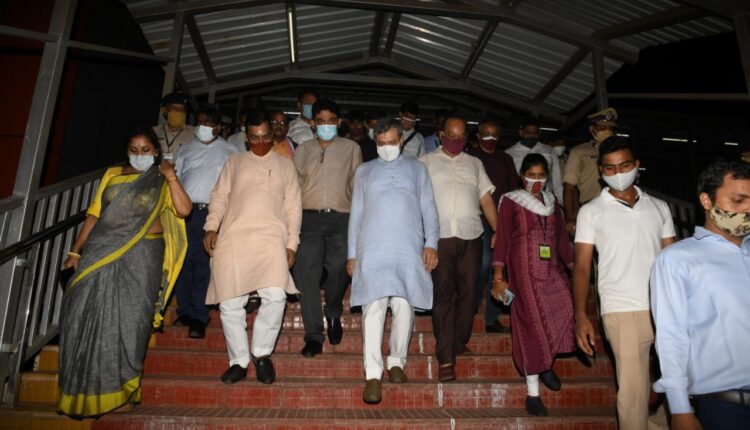 Bhubaneswar: While inspecting the Bhubaneswar Railway Station during his four-day visit to Odisha, Union Minister of Railways Ashwini Vaishnaw today assured the east entry gate of the Station will be developed soon.

Mentioning about receiving memoranda on the east entry of the Bhubaneswar station, the Railway Minister said he has inspected the entry point and the same will be developed at the earliest.

He told media persons, “I have inspected the platforms at the Bhubaneswar Station. I have interacted with the passengers and found that they were happy with the general cleanliness of the station.”