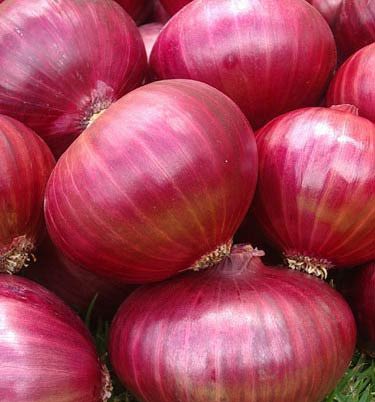 Dark red onions, known as the richest source of dietary flavonoids, may help fight off cancer of the colon and breast, a researchers has suggested.

“We found that onions are excellent at killing cancer cells,” said Abdulmonem Murayyan, doctoral student at the University of Guelph in Ontario, Canada.

The findings, published recently in the journal Food Research International, revealed that red onions contain high levels of quercetin — a plant polyphenol from the flavonoid group, found in many fruits, vegetables, leaves, and grains — and include benefits such as lowering inflammation and fighting allergies, among others.

Further, red onions were also found to have high amounts of anthocyanin, which enriches the scavenging properties of quercetin molecules.

“Anthocyanin is instrumental in providing colour to fruits and vegetables so it makes sense that the red onions, which are darkest in colour, would have the most cancer-fighting power,” said Murayyan.

In the first study, to examine how effective onions are at killing cancer cells, researchers have found that not all onions are created equal.

The team tested five onion types grown in Ontario and discovered that the Ruby Ring onion variety — that has hard, firm, tall globe-shaped bulbs with dark red colour features — came out on top.

When cells of the colon and breast cancer were placed in direct contact with quercetin extracted from the five different onion varieties, the team found them effective at killing the cancerous cells.

“The next step will be to test the vegetable’s cancer-fighting powers in human trials,” said Murayyan.

While currently this superfood can be included in salads and on burgers as a preventative measure, researchers expect onion extract will eventually be added to food products such as juice or baked goods and be sold in pill form as a type of natural cancer treatment. (IANS)

Know why women are better at reading mind