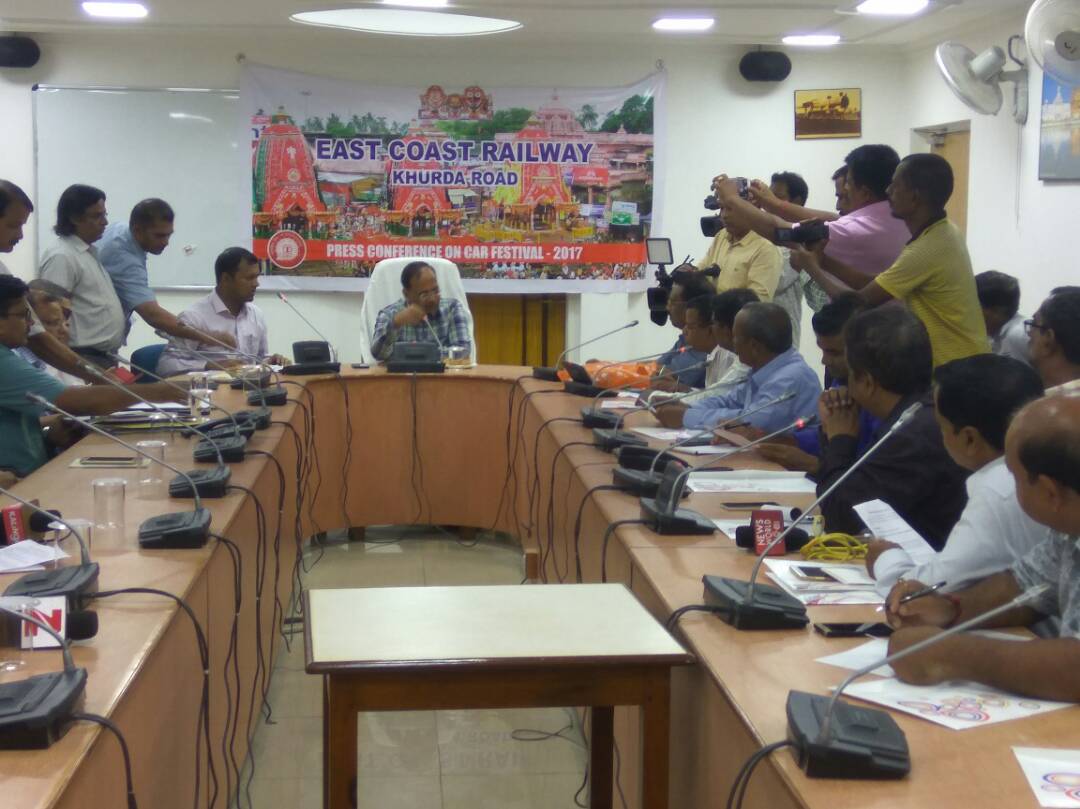 Bhubaneswar: East Coast Railway (ECoR) today announces a slew of passenger amenities including introduction of 186 Rath Yatra special trains to pilgrim town Puri to deal with the rush during the annual festival of the Lords.

East Coast Railway, Khurda Road Divsion DRM today held a press conference here where he announced the services to be offered during this period.

In addition to this, inquiry and information centres, resting place for around 5000 pilgrims at Puri, temporary mela shed for nearly 1000 people will be opened.

Aadhaar mandatory for all bank accounts