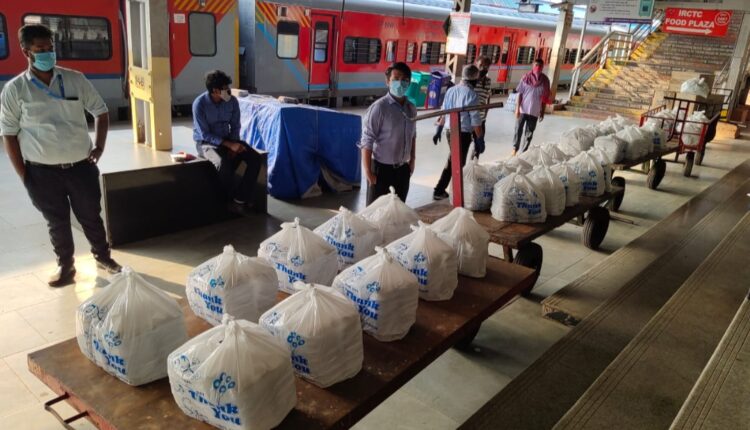 Bhubaneswar: The East Coast Railway (ECoR) said more than three lakh workers, tourists and students were brought to their homes in Shramik Special trains under its jurisdiction.

These inward trains to Odisha have been received from Gujarat, Maharashtra, Tamil Nadu, Kerala, Delhi and Andhra Pradesh. More than 372 Shramik Special trains also passed safely through ECoR jurisdictions which were provided meals, water and other services at different stations in ECoR.

A total of 14 Shramik Special trains were sent from ECoR jurisdiction towards different places including one from Sambalpur, two from Bhubaneswar and rest from Visakhapatnam.

The Ministry of Railways has assured all the State Governments that Shramik Special trains shall be provided as and when demand is placed by them.

More than 12 Lakh free meals and drinking water bottles served in the Shramik Special trains by ECoR with the help of IRCTC.

This area in Odisha’s Cuttack city declared as containment zone