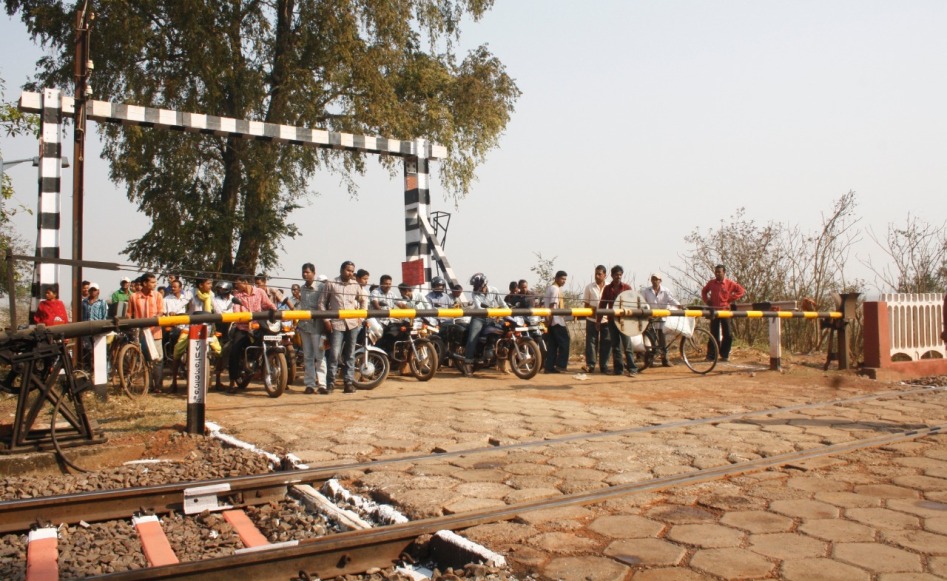 All the staff and officers were asked to identify weaknesses in the system and bring it to the fore to put its safety mechanism in the right place.

General Manager Purnendu Sekhar Mishra has called upon all staff and officers to identify weaknesses in the system and bring it to the fore. Unless we admit that there are mistakes or deficiencies, we cannot expect the system to grow and change for the better. Unless we admit that there are deficiencies, we cannot expect the deficiencies to be removed, he said. He has asked senior officials to interact with junior colleagues to know more about problems on the field, the ECoR said in a release here today.

The GM asked senior officials to interact with junior colleagues to know more about problems on the field.

He called for a large-scale audit of the entire level crossings network in the ECoR system.

As per the move, each level crossing will be audited. All the safety aspects starting from boom barriers to the approach road and the siren to the warning boards will be checked properly. The level crossing drawings will also be matched with the actual ground position to rule out any inconsistencies.

Further, the Loco Pilots will also be tested for awareness of rules related to level crossings. They will undergo the tests in form of counseling and interactive mode.

This safety drive will be one of the largest safety drives to be carried out by any Zonal Railway. Covering each Level Crossing in the zone will be a big task. But, it has been ordered to be done at the earliest, the ECoR said.

According to the ECoR GM, the purpose of the Safety Drive is to instill confidence in stakeholders, including Railway Staff, on the robustness of the system. Though the incident at Puri was attributable to human failure, there could be some systemic flaw also which needs to be identified rooted out.

There is no room for negligence in the Railway system. Callousness cannot be tolerated. It is expected that this system audit will bring to the fore all issues pertaining to level crossings and these would be solved once and for all, the ECoR quoted the official as saying.

The ECoR is also planning public participation in the safety audit drive of the level crossings.

The public complaints and petitions on specific problems at level crossings would be screened and highlighted, the Railways said.

The move came after media reported an incident showing a train — Tapaswini Express — passing at a level crossing near Puri in open condition on Saturday morning.

The incident took place at 7.25 am at Sidhha Mahavir level crossing in Puri.

While immediate action of the suspension was initiated against a Loco Pilot and Assistant Loco Pilot on the basis of a preliminary inquiry, the detailed inquiry report is awaited.