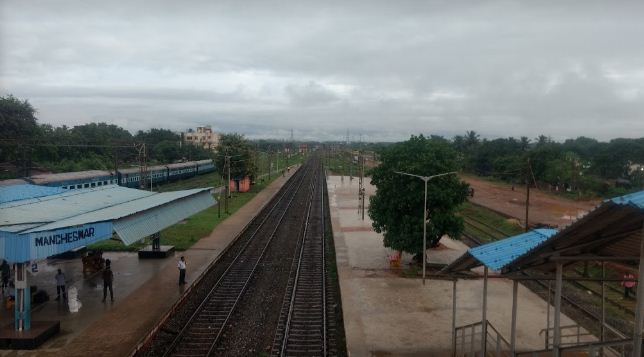 Bhubaneswar: The East Coast Railway(ECoR) will set up a ‘Waste to Energy Plant’ at the Carriage Repair Workshop at Mancheswar area here. Foundation stone of the plant was laid by the general manager of ECoR Vidya Bhushan on Monday, an ECoR statement said.

It said lots of non-ferrous scrap is being generated in the Carriage Repair Workshop in Bhubaneswar which has no efficient method of disposal. As a result, they find their way to landfills, which is environmentally hazardous. Carriage Repair Workshop, Mancheswar has found a way for tackling this problem in a patented technology called ‘POLYCRACK’, it said.

“It is world’s first patented heterogeneous catalytic process which converts multiple feedstocks into hydrocarbon liquid fuels, gas, carbon and water,” the release said. Polycrack Plant can be fed with all types of plastic, petroleum sludge, unsegregated MSW with moisture up to 50 percent, e-waste, automobile fluff, organic waste including bamboos, garden waste and Jatropha fruit and palm bunch. Noting that polycrack has many advantages over the conventional approach of treating solid waste, the ECoR saidpre-segregation of waste is not required to reform the waste.

Waste as collected can be directly fed into Polycrack. It has high tolerance to moisture hence drying of waste is not required and waste is processed and reformed within 24 hours. It is an enclosed unit hence the working environment is dust free. All constituents are converted into valuable energy thereby making it zero discharge process, the release said, adding that gas generated in the process is reused to provide energy to the system thereby making it self reliant of its energy requirement and also bring down the operating cost.

There is no atmospheric emission during the process unlike other conventional methods except for combustion gases which have pollutants less than the prescribed norms the worldover. It operates around 450 degrees, making it a low temperature process when compared with other options. The waste to energy Plant will be constructed in four months and the target date of its commissioning is January, 2020. About Rs two crore will be spent for commissioning of this polycrack plant, the release added.

Odisha gets 9.9% surplus rainfall during June-September