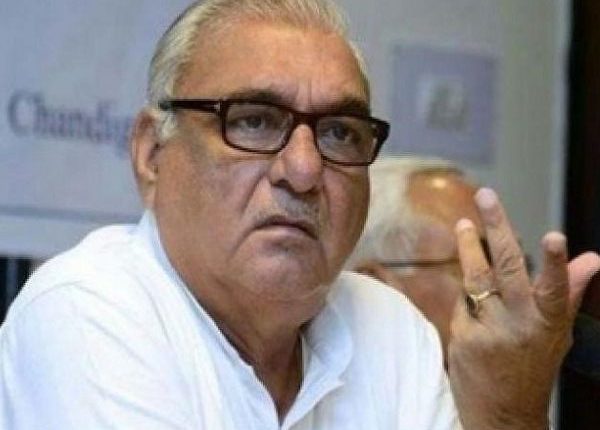 A senior ED official wishing not to be named said that Hooda is being questioned under sections of Prevention of Money Laundering act (PMLA) in connection with Gurugram land scam case.

Big setback for Congress as it is set to lose Assam, Kerala, Puducherry

He said the agency has registered a case against Hooda on the basis of the CBI FIR filed in January this year.

In January 2019, the Central Bureau of Investigation (CBI) had filed a case against Hooda, senior bureaucrats and prominent builders for alleged cheating and forgery. The matter pertains to the sale of 95 per cent of 1,400 acres in Gurugram (sectors 58 to 63 and sectors 65 to 66) to private builders.

Hooda is also being investigated in another money laundering case involving Associate Journals Limited (AJL) for alleged irregularities in allotting land when he was Chief Minister.

The money laundering case pertains to the alleged irregularities in the re-allotment of a plot, located in Panchkula, to the AJL by the then Hooda government.

The AJL is controlled by senior Congress leaders, including members of the Gandhi family. The group runs the National Herald newspaper.

Odisha couple lands in trouble for leaving baby inside car

Relief for denizens as night temperature to fall across…