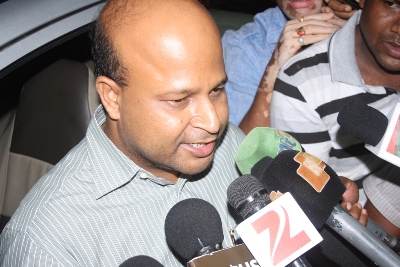 Balabantaray was interrogated about three hours at the ED office here.

They quizzed the MLA from Dharmasala constituency in Jajpur district, whose transport company, Pranab Minerals and Transport, has alleged business and financial links with the two criminal brothers.

“I furnished all documents and audit reports of the company from 2005 to 2010 as earlier asked by the ED. They scrutinized all the documents. I have no links with the Dhal Samant brothers,” said the BJD MLA after coming out of the ED office.

The Directorate had summoned Balabantaray to appear before it along with the documents of the company.

The two criminal brothers were arrested in January 2016 for their alleged involvement in several cases of murder, extortion, firearms racket and tender-fixing in the state.