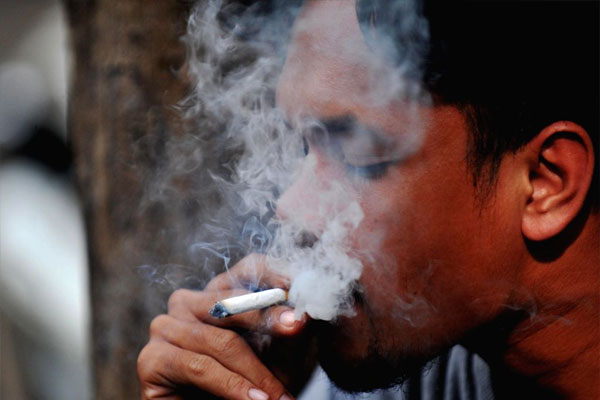 Israel: Given the increase in adolescents’ use of tobacco products, especially electronic cigarettes, experts have called for education “based on facts and not on emotions” and increased regulation on retailers to curb the menace of vaping.

The group of medical professionals at the healthcare meet also came down heavily on advertisers of such products. Vaping is blamed for 37 deaths in the US, where the problem is spiraling with nearly 1,900 other people who have suffered from vaping-related ailments.

Eighty percent of those affected are under 35, and 16 percent are younger than 18.

Carrie Wade, director of Harm Reduction Policy for the R. Street Institute, a think-tank based in Washington, told Efe that in the US, e-cigarette advertising campaigns “make these products look fun”.

Participants at the Medicine 2040 – Rewriting the Future of Healthcare event in Tel Aviv agreed on Tuesday the necessity of giving people accurate information on any matter related to public health.

Research by the US Centers for Disease Control and Prevention has revealed that in all of the cases so far, vaping products had been mixed with THC, the main psychoactive component of marijuana.

The US Food and Drug Administration (FDA) published a report that shows 27.5 percent of high school students use electronic cigarettes, up from 20.8 percent in 2018 and 11.7 percent in 2017, the Efe reported.

Vaping may up respiratory disease risk by over 40%

Wade says it’s necessary to review federal regulations and create “a greater barrier between students and adults”, by raising the minimum age for purchasing tobacco products from 18 to 21 and requiring sellers to request identification.

In the UK, one of the countries with the toughest restrictions on tobacco, the National Health Service NHS says on its official website that electronic cigarettes can aid in quitting smoking, but are not a comprehensive solution.

The British government has set an objective for 2022 of reducing the proportion of smokers from 8 percent to 3 percent among minors and from 15.5 percent to 12 percent among, Dr. Vicki Myers-Gamliel said.

To achieve that goal, “it is better to have regulations and studies based on the harm, instead of leaving everything in the hands of free choice without information,” Israeli physician Dov Gavish said.

The FDA and the UK’s Royal Society of Public Health have published studies showing higher levels of toxins are released by conventional cigarettes compared with e-cigarettes and other non-combustion devices.

“We know that some people do not want to quit smoking, it would be best if they did, but if not, we must find solutions that are less risky,” Gavish said.