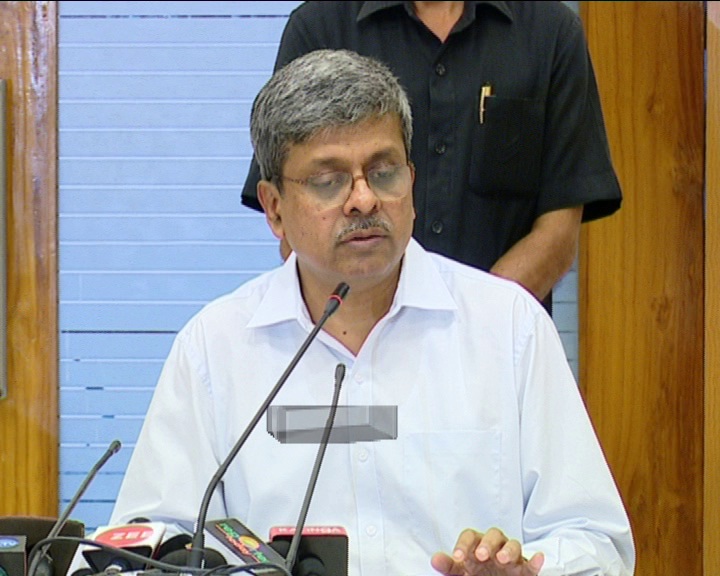 The meeting was held under the Chairmanship of Chief Secretary Aditya Prasad Padhi in the secretariat conference hall this afternoon wherein Shri Sanjeev Chopra, Principal Secretary, Industries outlined the project proposals for consideration. These proposals will create employment opportunities for 5,162 people. The proposals approved in the meeting belong to a variety of industries – downstream steel and aluminium, food processing, hospitality, iron & steel, plastic pipes and fittings among others.

The most noteworthy among all the proposals approved was that of Mumbai-based Aditya Birla Fashion Retail Ltd. to set up an apparel manufacturing unit at Tikri in the industrially backward Rayagada district with a capacity of 36 lakh pieces per annum with a total investment of Rs.114 Crore. The mega textiles project will create job opportunities for 2750 people, most of whom will be women. This will be the second unit of Aditya Birla Fashion after the one in Bhubaneswar which was inaugurated during Make in Odisha Conclave 2018.

Recently, the Government of Odisha – Single Window for Investor Facilitation and Tracking (GO-SWIFT) had received the 600th investment proposal within a short span of 14 months from the day of its launch. The proposal from Hyderabad-based edible oil major Gemini Edibles and Fats India (makers of FREEDOM brand of oil) to set up a refined vegetable oil manufacturing unit of 396 KTPA capacity at Tata Steel Industrial Park in the district of Ganjam with a total investment of Rs. 300 crore was approved in the meeting. The project will create employment opportunities for 525 people.

The SLSWCA approved the proposal of GMLR Techno Industries Pvt Ltd to set up a manufacturing unit for production of Sintex brand of PVC water Storage tanks, with a total capacity 77,000 pieces per annum, at Industrial Estate Chhatabar in Khordha, and total investment of Rs. 61.50 Crores. The project will create employment opportunities for 350 people.

Bengaluru-based mattress major Kurlon’s proposal to set up a PU foam manufacturing unit of capacity 7,200 MT with a total investment of Rs. 65 crores at Khordha was approved in the meeting. In eastern India, the company has a mattress manufacturing unit with a capacity of 7,500 MT per annum at Chandaka Industrial estate, Odisha and employs 450 employees. Another unit of Kurlon at Anlapatna Industrial estate will be ready for inauguration in a few months which will employ 500 persons. The company has significantly increased its investments in Odisha due to the ease of doing business and state government support.

The proposal of Astral Polytechnik Ltd. to set up a new plastic pipes & fittings manufacturing unit of capacity 35,000 MT with a total investment of Rs.109.81 crores at Ramdaspur in Cuttack was also approved in the meeting.

Gold worth over Rs 33 lakh seized at Bhubaneswar airport