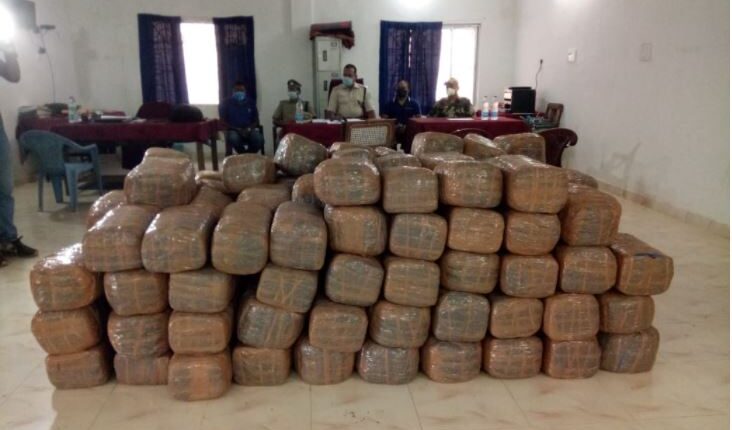 Jeypore: In a major crackdown, the Koraput police and the BSF seized eight quintals of ganja from a pick-up vehicle in Machhkund area late last night during a joint search operation. However, no arrest could be made as driver and helper of the vehicle managed to escape.

As per reports, the Machhkund Police and the BSF had set up a mobile checkpost last night to check movement of anti-socials and drug peddlers near Humal village under Machhkund police limits. At the checkpost, the security personnel directed a speeding Mahindra pick-up vehicle to stop. Upon seeing the security personnel, driver of the vehicle stopped it at a few metres away from the checkpost and fled along with the helper.

“The driver and helper of the vehicle managed to escape taking advantage of the darkness and dense forest adjacent to the road,” said a senior police official.

During search of the vehicle, 169 packets of ganja weighing eight quintals, a country-made gun and six rounds of live bullets were seized from it, the police official added.

The vehicle carrying the contraband item is suspected to be going towards Chhattisgarh.