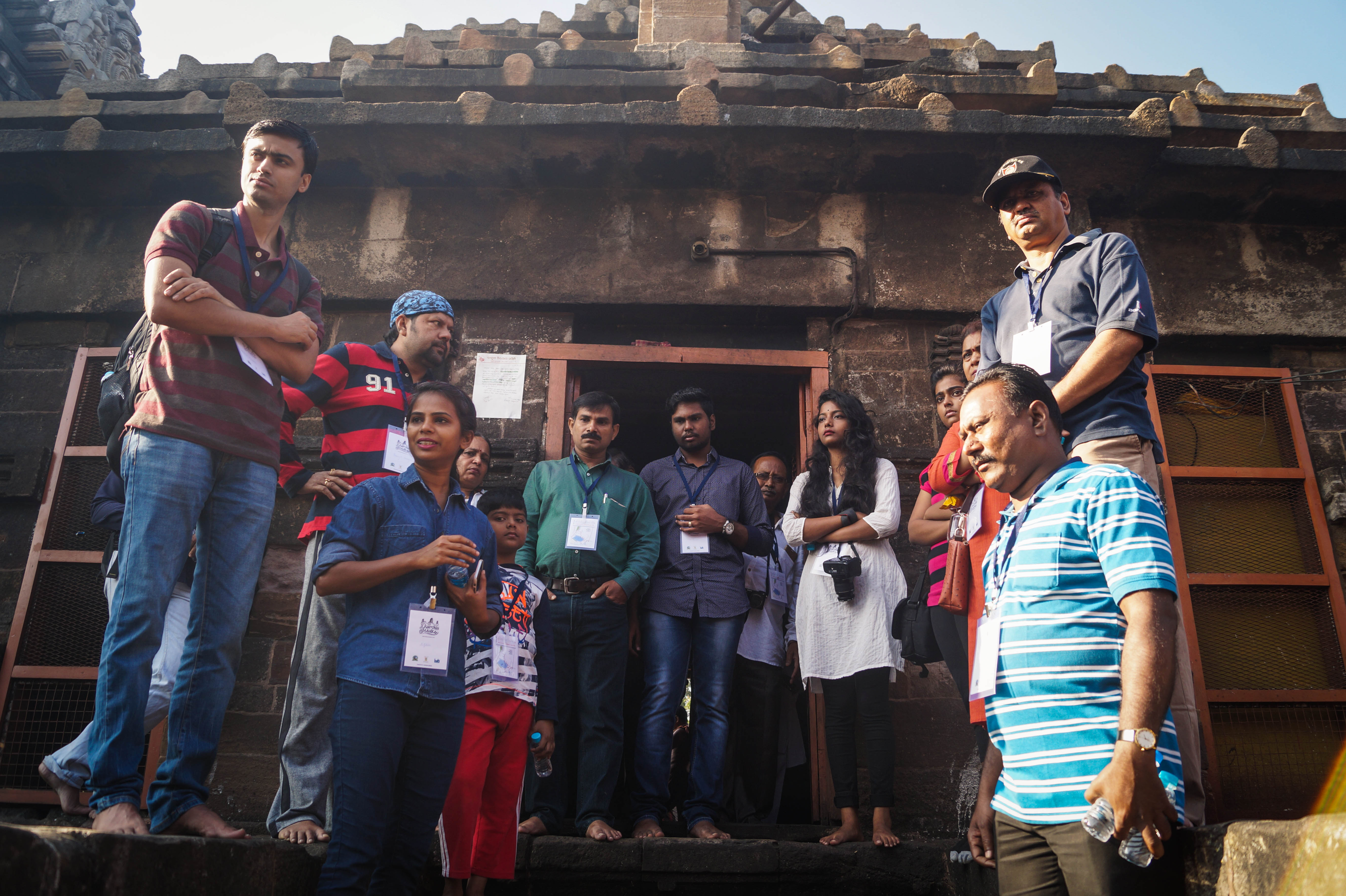 A total of 25 heritage enthusiasts, including children, were taken around Mukteswar, Parsurameswar, Kotitirtheswar and Ananta Vasudev, Lingaraj, Chitrakarini, Sari, Mohini and Vaital temples, besides Bindusagar, old dharamasala and the medicinal plant garden, Ekamra Van, during the heritage walk, which is being organized in the city every Sunday .

P C Prusti, an Indian army officer, and his wife Jayanti, who shifted to Bhubaneswar about two months ago, described the walk as a memorable experience. They are natives of Chhattisgarh.

A father-son duo of Biswajit and Divyansh Das Gupta enjoyed walking through the heritage trails of old Bhubaneswar.

Shovan Das, a retired banker from the city, said, “Since a diabetic patient, my doctor has advised me to go for morning walk, which had become monotonous with every passing day. This was for a change musical and colourful and introduced me to the rich heritage and culture along the streets of old city which I was so oblivious of.”

Echoing similar views, Raghunath Prusty found the walk enriching as the guide made them understand the significance of each heritage site, architecture and culture as well as rituals and traditions associated with it.

A joint venture of Bhubaneswar Municipal Corporation, Bhubaneswar Development Authority and Odisha Tourism, Ekamra Walks has so far seen more than 2,300 visitors from over 23 countries.