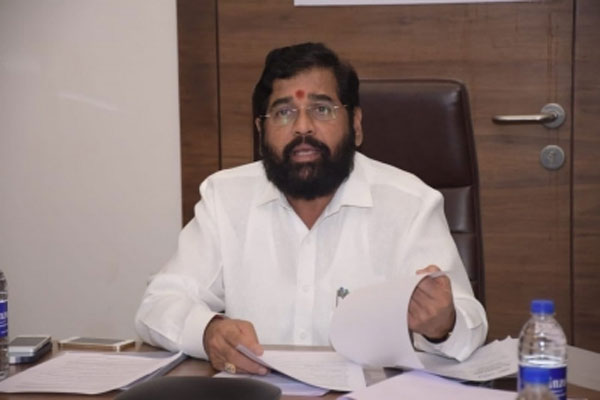 Mumbai: As the Maha Vikas Aghadi (MVA) government tottered on the brink of collapse, rebel Minister Eknath Shinde strategically used the ‘Hindutva’ taught by the late Shiv Sena founder-supremo Balasaheb Thackeray to attract Sena MLAs to his side.

“We are Balasaheb (Thackeray)’s staunch Shiv Sainiks. Balasaheb has taught us Hindutva. We have never and will never compromise on the teachings of Balasaheb and ‘dharmaveer’ Anand Dighe for power,” said Shinde, in his first tweet on Tuesday after leading the rebellion.

While collecting the Shiv Sena MLAs’ flock, Shinde is also understood to have sent a proposal to the Sena, virtually handing over power to the Opposition Bharatiya Janata Party (BJP) with Leader of Opposition Devendra Fadnavis as the Chief Minister and himself as Deputy CM in the possible new dispensation.

This implies that Chief Minister Uddhav Thackeray, his son and Minister Aditya Thackeray, as well as their staunch loyalists, would have no role to play in the probable next government.

Signalling a ‘vertical split’ in the Shiv Sena, the new regime would effectively push the left-over Sena along with Nationalist Congress Party and Congress to the opposition side.

A confident Shinde, who shifted camp from Surat (Gujarat) to Guwahati (Assam) early on Wednesday along with his supporters, has contended that he enjoys the backing of over 40 Sena MLAs — but this has been challenged by several MVA leaders.

Sniffing power, hectic political activity got underway in the BJP camp since late Tuesday with top leaders, a couple of Central Ministers and others to hammer out various possibilities in a bid to form the government with Shinde’s support.

Meanwhile, Sena Chief Spokesperson and MP Sanjay Raut made a telling tweet indicating that the situation in Maharashtra is headed towards ‘dissolution’ of the Legislative Assembly.

Interacting with mediapersons briefly, Raut said: “At the most what will happen.. Our government will lose the majority in the state. We can always return to power, but the party’s image is above all..”

They also claimed that the government is ‘stable’ and will continue as usual with hopes that the rebel Sena MLAs would return.