ODISHA LATEST
By Sambad English Bureau On May 12, 2018 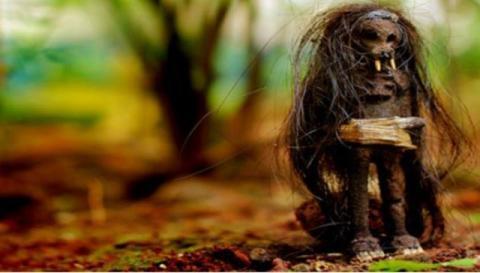 Ganjam: In a shocking incident, an elderly couple was brutally thrashed and forced to eat human faeces by a group of people, who accused them of practising witchcraft, police said today.

According to reports, the incident took place yesrerday at Pandarpalli village under Purushottampur police station in the district.

A group of villagers mercilessly beaten Sudarshan Behera and his wife Aapi suspecting the duo had been practising witchcraft and to evil designs of the couple.

The angry mob even went on forcing the hapless couple to eat human excreta, sources said.

On being informed, Ajay Kumar Barik, Inspector at Purushottampur police station, rushed to the spot and rescued the couple from the clutches of the irate villagers.

The police had detained some villagers and provided protection to the elderly couple.

Following this, mild tension prevailed in the village as residents demand release of the detained persons.

Witch hunting is rampant in various parts of the State, mostly in tribal dominated areas, despite the government enacting a law Odisha Prevention of Witch Hunting Act, 2013 with provisions of imprisonment for seven years and penalty, to prevent the menace.