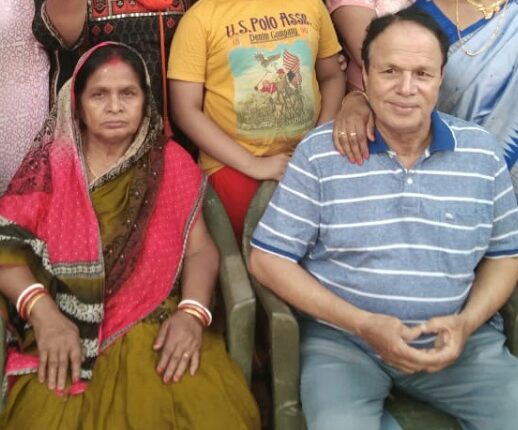 The deceased duo was identified as Srinath Samal, a retired employee of FCI, and his wife Bidyulata Samal.

The couple was found dead with slit throats and lying in a pool of blood.

According to reports, the couple has five daughters and one son. All are settled outside Odisha. Only their nephew was staying with them at home. One tenant was residing at the building, however, he vacated the room 10 days ago.

Source said that the couple used to go bed early at night. The incident took place when their nephew was not present at home.

Reports said that the couple had talked to one of their daughters over phone last evening. Later, she had called up her parents at around 9.00 pm. As they did not receive the call, she asked their neighbour to check them at home. The neighbour found the gate and door opened and blood-soaked bodies of the couple at home.

On receiving information, Cuttack DCP Akhileshvar Singh reached the spot and recovered the bodies. The house has been sealed for probe and police personnel deployed at the site.

The prima facie suggested that the couple has been killed by a known person for ‘theft’ as the cupboard was found opened.