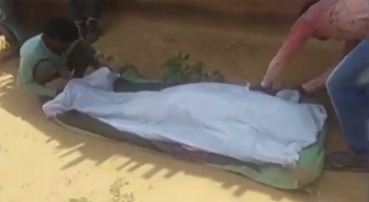 The deceased has been identified as Dinabandhu Munda. The accused have surrendered before police after the death of Munda.

Munda was sleeping inside his house last night when seven persons barged into the house by breaking the door and attacked the elderly man. He died on the spot.

Police have started investigation into the incident. The body has been recovered and sent for post-mortem.