Elderly man strangled to death by family in Odisha. Know why 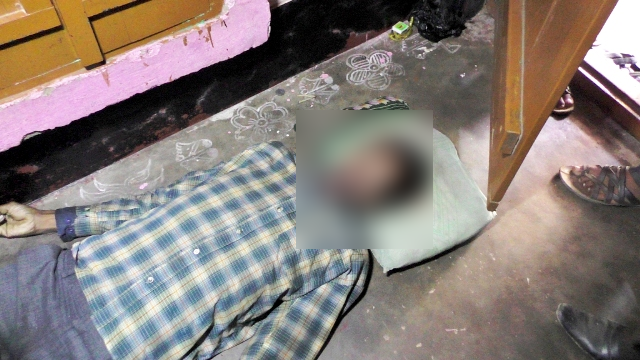 Balugaon: An ailing elderly person was strangled to death by his own family members after the later failed to bear medical expenses, police informed here on Friday.

Police arrested four family members of the deceased on charges of murder.

The deceased was identified as Dilip Malu (55) of Gopinathpur Nuasahi village under Balugaon police limits.

The arrested accused were Dilip’s wife Sumitra Malu, elder daughter Sangita Malu, son Jagannath Malu and younger daughter Mama Malu. They have been sent to judicial custody after the court turned down their bail plea.

Police sources said that the accused confessed to their crime during interrogation.

According to reports, Dilip, who was suffering from many ailments, was bedridden since a long time. His condition did not improve even after his family members lost everything bearing medical expenses for his treatment.

Out of pressure and strain, elder daughter thrashed and physically assaulted her ailing father at around 5.00 pm on Wednesday. She left him after intervention of the villagers. Later, his daughter along with other members of his family strangled him to death at night.

The villagers came to know about his death on Thursday. They found injury marks on several parts of his body. Suspecting murder, they lodged a written complaint with Balugaon police against Dilip’s family members.

Acting on the complaint, Balugaon police IIC Sanjay Kumar Patnaik recovered the body and sent it for autopsy. A case was registered and police started interrogating the family members of the deceased to find out the truth behind murder. Finally, all the accused confessed to their crime.