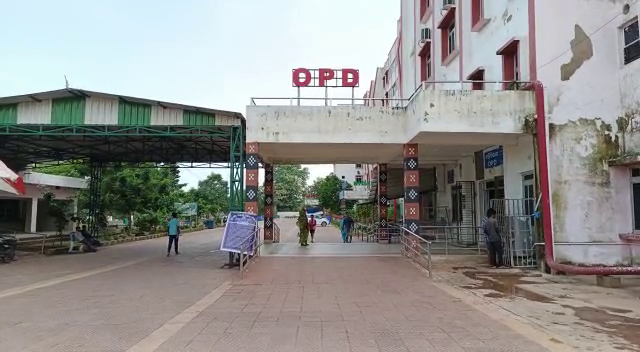 Dhenkanal: A 50-year-old patient jumped from the fourth floor of district headquarters hospital (DHH) under Town police limits in Dhenkanal, in the wee hours of today.

The deceased has been identified as Duryodhan Nayak. He belonged to Lodhani village under Parjang block in the district, a senior police official said.

According to the official, Nayak jumped at around 4 am. The patient was working as a daily wager at a hostel in Cuttack. He was admitted to the DHH at around 10 pm yesterday night after he became sick all of a sudden when the elderly man was on his way from Cuttack to his village along with his nephew.

On being informed Nayak’s family reached the health facility. However, the man had already committed suicide by that time. Lack of proper healthcare service, non-availability of bed and dereliction of duty on part of the security guards are the causes that abetted him for taking an ultimate step and he jumped off the hospital building, the family alleged.

The reason behind his committing suicide has not been ascertained yet.

Town police seized Nayak’s body and sent it to morgue for post-mortem. Police have registered a case in this connection and launched a probe.