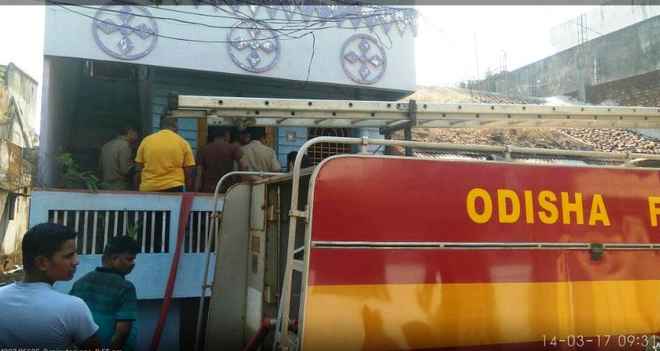 In a tragic incident, a 79-year-old woman was charred to death this morning after fire engulfed her house here in Koraput district of Odisha.

The deceased has been identified as Subashini Saha.

According to reports, around 7 am today while the septuagenarian was busy in worshiping god inside the house, it caught fire due to an unknown reason and she was burnt alive.

Fire tenders reached the spot being informed about the mishap and doused the fire.

However, the neighbours have claimed that the old woman’s family members had a fight with her last night.

Police were probing into death of the old woman and cause of the fire reaching at the spot.

Chem question instead of Math: Plus II exam delayed at several colleges in Odisha