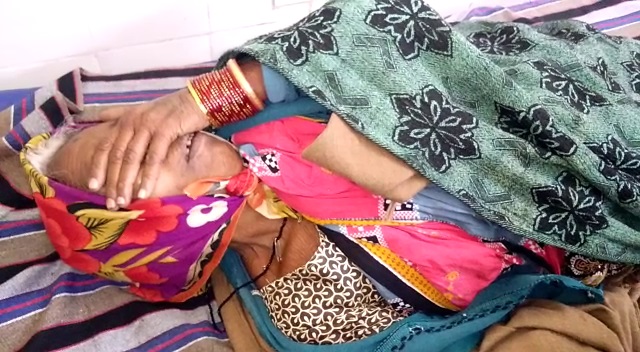 Bhawanipatna: An elderly woman sustained injuries after a wild bear allegedly attacked her at Dengaguda village under Koksara block in Odisha’s Kalahandi district this morning.

The victim woman has been identified as Surekha Bag.

Elderly woman hacked to death over sorcery suspicion in Odisha

She was allegedly attacked by a bear while she had been to outside house to attend nature’s call in wee hours of Thursday. She sustained grievous injuries to her right palm.

After hearing screams of Surekha, the family members rushed and rescued her from clutches of wild animal. Later, she was admitted to the Koksara Community Health Centre (CHC) for treatment.