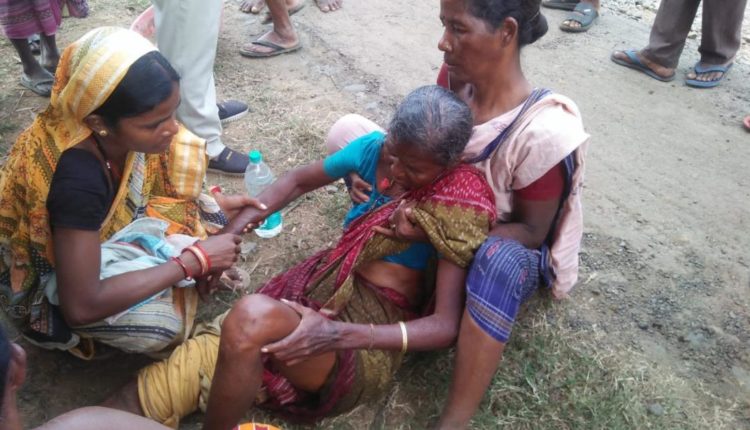 Sambalpur: An elderly woman sustained injuries after an elephant attacked her in broad daylight at Jhankarbahali village under Maneswar block in Odisha’s Sambalpur district.

The victim has been identified as Rai Sai, aged about 65 years.

According to reports, a tusker suddenly appeared in front the woman near a water tank situated at Jhankarbahali village and attacked her while she was returning to home with her a divyang son at around 11.00 am on Wednesday.

She received injuries to her legs and face.

The victim was taken to the district headquarters hospital (DHH), Sambalpur, for treatment.