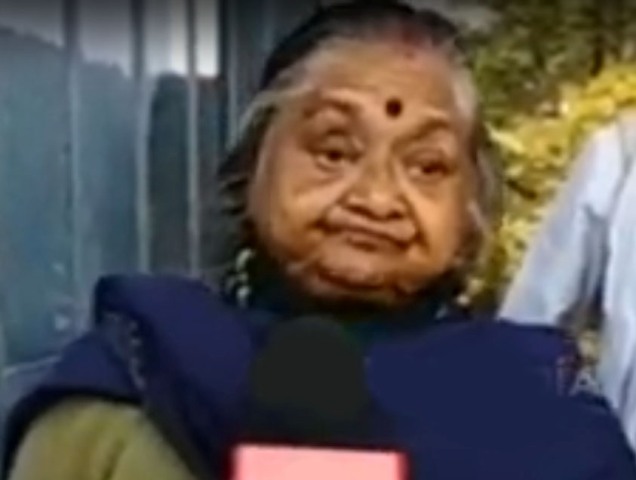 Rourkela: Breaking stereotype in the patriarchal Indian society, an elderly woman lit the funeral pyre of her husband to bid adieu to his immortal soul.

Such a rare incident was reported from the Steel city Rourkela where the 83-year-old woman set an example for others sending a powerful message against gender bias in the name of customs in Hindu religion.

The woman Rekha Mitra, the wife of Srinivas Mitra (83), a resident of Gopabandhu Nagar in Rourkela, performed the last rites of her husband at the crematorium on Saturday.

According to reports, the Mitra couple has no children. They had been living alone at home. Srinivas passed away following age-related ailments on Saturday night. The relatives and neighbours of the couple took the body to the crematorium for last rites. However, nobody came forward to light the pyre.

After getting information, the ailing wife of the deceased reached the crematorium and approached her relatives for lighting the funeral pyre of her husband.

The mourning wife Rekha finally decided to take up the responsibility and lit the pyre of her husband at the crematorium. She performed the last rituals to bid a tearful adieu to her husband.

When asked about her act, Rekha said that as she has no children, it’s her prime duty to pay last respect to her husband after his demise.