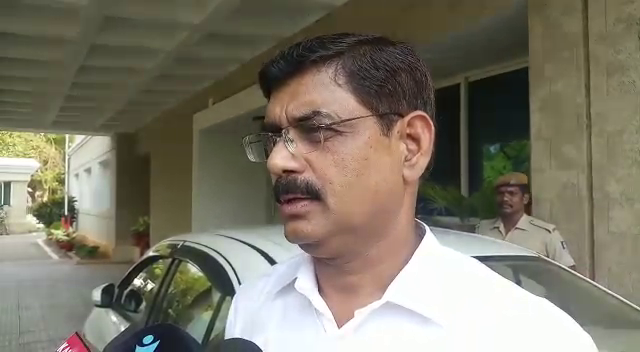 Bhubaneswar: With the model code of conduct came to in force after the announcement of dates for the Lok Sabha and Assembly elections 2019, the Commissionerate police issued an advisory for the political parties and poll candidates for organising public meetings and roadshows in Odisha’s twin city Bhubaneswar and Cuttack.

In view of poll preparation by the political parties, the Commissionerate police came up with instructions for the poll candidates to follow the Election Commission’s strict guidelines.

As per the advisory, the candidates of the political parties will to apply for permission and licence at the DCP office to hold meeting, rallies and roadshows.

“The candidates need to obtain permission from the competent authority (DEO) regarding the ground or place for public meeting. In case of private property, written consent from the landowner will be obtained,” said Commissioner of Police Satyajit Mohanty.

In case of permission for the same place applied by more than one candidate on the same date and time, permission will be granted as per provision of first come first serve basis, he told reporters.

The instructions issued from Chief Election Commissioner from time to time will be intimated to the candidates by enclosing the same with the licence/permission, he added.

Here’re the dos and dont’s in connection with the holding of public meetings and instructions on roadshows and rallies.

1. Demonstrations or picketing before house of any individual, by way of protesting against their opinion or activities shall not be resorted to.
2. No disturbances shell be created in public meetings or processions organised by other political parties or candidates.
3. No processions along places where another party is holding meetings.
4. Processionists shall not carry any articles, which are capable of being misused as missiles or weapons.
5. No use of loudspeakers whether static or mounted on moving vehicles, between 10.00 P.M. and 06.00 AM.
6. No use of loudspeakers at public meeting and processions without prior written permission of the authorities concerned. Normally, such meetings/ processions will not be allowed to continue beyond 10.00 PM at night ond will be further subject to be local laws, local perceptions of the security arrangements of the area and other relevant considerations like weather conditions, festival seasons, examination period etc.

Regulation of Roadshows during Elections:

1. As far as possible, road shows, subject to court orders and local laws, should be held only on holidays and during non-peak hours, on routes other than those having big hospitals, Trauma Centers, Blood Banks and heavily crowded markets.
2. Number of vehicles and persons expected to join the road show shall be intimated in advance.
3. Simultaneous plying of number of vehicles (Four Wheelers) on rood including e-rickshaw/ two wheelers to be limited to 10. In case it exceeds the limit of 10 vehicles, then the convoy shall be broken offer every 10 vehicles and a gap of 100 metre maintained.
4. The roadshow shall not cover more than half of the road width to ensure safety of general public and free movement of traffic on the other half.
5. Safety of public and persons attending the roadshow shall be ensured. Bursting of fire crackers and carrying of fire arms shall not be permitted at all.
6. Loudspeakers can be used as per the Election Commission’s existing instruction and subject to local laws and court orders, if any.
7. Display of animals in road shows is totally banned. Children, particularly school children m uniform should not take part in roadshows.
8. The maximum size of banner to be carried with hand will be 6 ft X 4ft.
9 Only one flag of the size 1ft X half ft with permission of the returning officer concerned would be would allowed on campaign vehicles in a roadshow.
10 No spot/focus/flashing/search lights and hooters shall be put on any campaign vehicle.