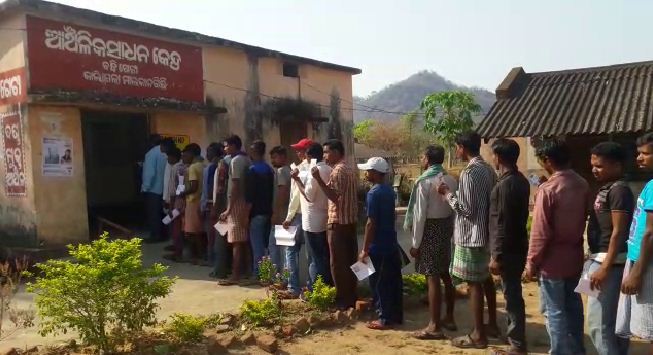 Bhubaneswar: Around 41 per cent votes were polled in the first six hours for first phase of the Lok Sabha and Assembly elections in Odisha on Thursday.

Chief Electoral Officer (CEO) Surendra Kumar informed that as per the information received from booth level, approximately 41 per cent voting has been recorded by 1 p.m.

The elections were underway for four parliamentary constituencies Kalahandi, Nabarangpur, Berhampur and Koraput and 28 Assembly constituencies, which fall under the Lok Sabha seats.

He said that the voting process was ongoing in a smooth manner.

However, 666 voters of Bhejipadar village in Bhawanipatna Assembly constituency boycotted the election protesting against the local administration for failing to provide quality roads to their village.

While 26 candidates are in the fray to contest for four Lok Sabha seats, there are 191 candidates in 28 Assembly segments for the first phase.

The Lok Sabha and Assembly elections will be held simultaneously in Odisha in four phases on April 11, 18, 23 and 29. Counting of votes will be held on May 23.