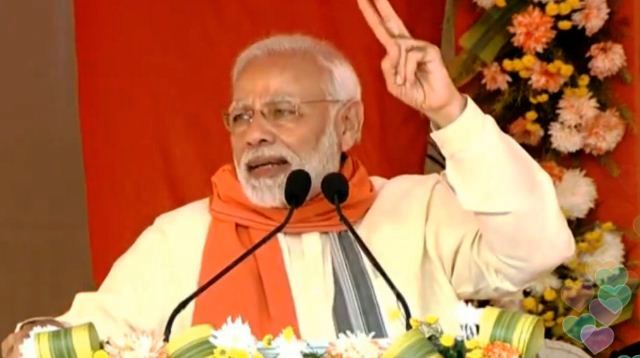 Bhubaneswar: With the poll fever heating up in Odisha, Prime Minister Narendra Modi will begin the campaign trail for Bharatiya Janata Party (BJP) in the State from Jeypore in Koraput district today.

Modi will begin his election rally in the State by attending a public meeting in the tribal district today.

As per sources, the PM will leave for Jeypore from Jagdalpur in a special aircraft at 10.20 AM. After arriving at Jeypore, he will be heading towards the meeting venue at Ekamba Ground at 10.55 AM. Modi is scheduled to address the gathering from 11 AM to 11.40 AM.

Prior to his visit, Modi took to Twitter and expressed his eagerness to address the first election rally in Odisha. Writing in Odia, he attacked both ruling BJD and Opposition Congress in his tweet.

Meanwhile, the district administration and the police have beefed up security arrangements for the PM’s programme. Around 45 platoons of police forces have been deployed in and around the town. Besides, four SPs, 10 additional SPs, 30 DSPs and 150 police officials have also been engaged for Modi’s visit.

After addressing the public meeting, Modi will later leave for Andhra Pradesh and Telangana to attend election rallies. He will again visit the State on April 2 to address election rally in Kalahandi. The PM began his election campaign from Meerut in Uttar Pradesh yesterday.