Elephant along with newborn found dead in Odisha forest 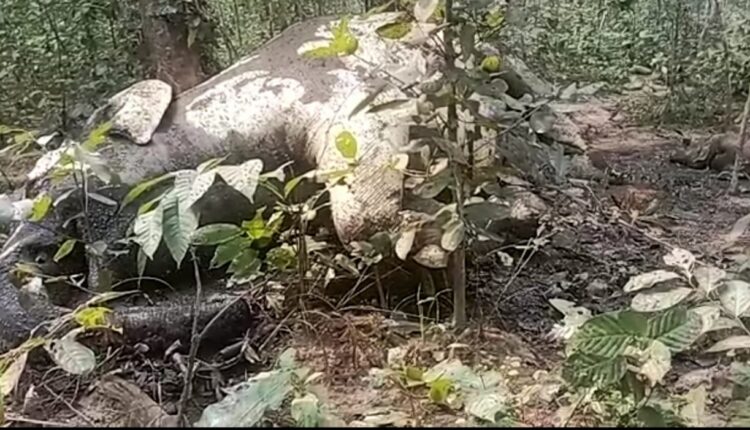 Keonjhar: Forest officials today recovered carcasses of a female elephant and a newborn near Kuliapala village under Kalapata reserve forest in Keonjhar district. The cause of death of two elephants is unclear.

According to reports, the forest officials found the decomposed bodies of two elephants after the locals complained of odour coming from the forest area today morning.

Based on the complaint, Jadumani Rana, who has taken charge as the forester of Talapada under Keonjhar forest division recently, initiated search operation in Kalapata reserve forest and spotted the bodies of one female elephant and a baby elephant near Kualiapala village.

Although, the cause of death of two elephants is yet to be ascertained, it is assumed that the female elephant might have died after giving birth to her baby in the forest.

It is estimated that both mother and newborn elephant died within 10 to 15 days. Surprisingly, the forrest department was unaware about death of mother elephant and her calf.

While the forest department is tracking the movement of elephants through GPS, the incident raised doubts over its efficiency.