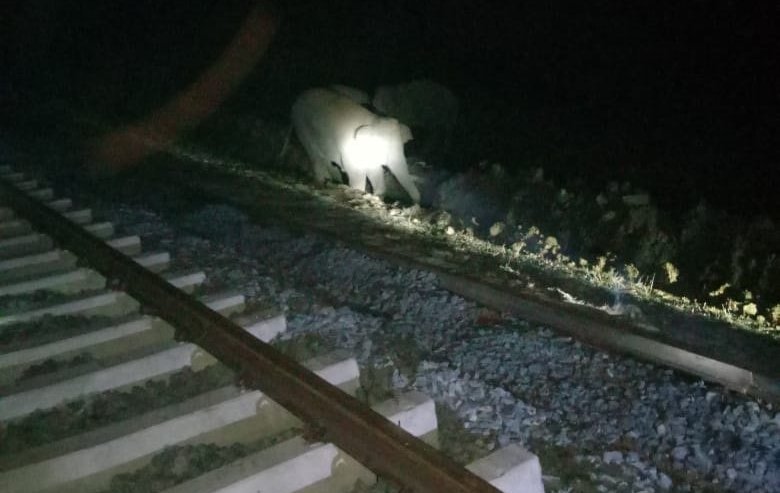 According to reports, the calf was a part of an elephant herd roaming near the Mahipani level crossing around 11.30 PM. The baby elephant fell into a trench created by the Railways for construction of tracks.

On being informed, Forest Department officials reached the spot around 1.30 AM and initiated efforts to rescue the animal. Though they managed to bring the calf out of the trench around 3 AM, the baby elephant had died by that time.

The body was recovered and sent for autopsy. Investigation into the incident is underway.