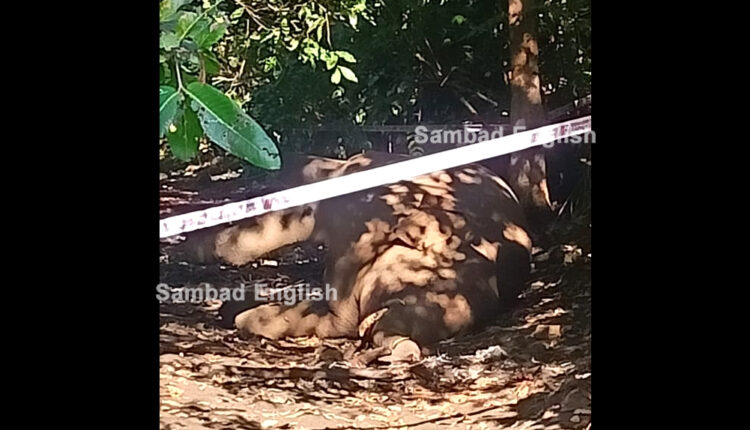 Jujumura: The carcass of a jumbo was found today in Raghudera reserve forest of Bhimkhoj section and Sadar range under Sambalpur division in this district. The pachyderm death is the second one reported from Jujumura block after nearly a month.

It is suspected that the tusker got electrocuted after being stumbled into a trap laid for wild boars. The actual reason can be ascertained after a post-mortem report comes in, a source said.

On being informed about the incident, forest personnel reached the spot and launched a probe.

It is pertinent to mention, a female elephant was found dead in Ladaladi village forest of Padiabahal range under Sambalpur division on December 7, last year.

The animal was around 25-30 years of age and had died three days ago (December 4) due to septicemia after its intestine got twisted, a veterinarian who conducted the post-mortem had said.