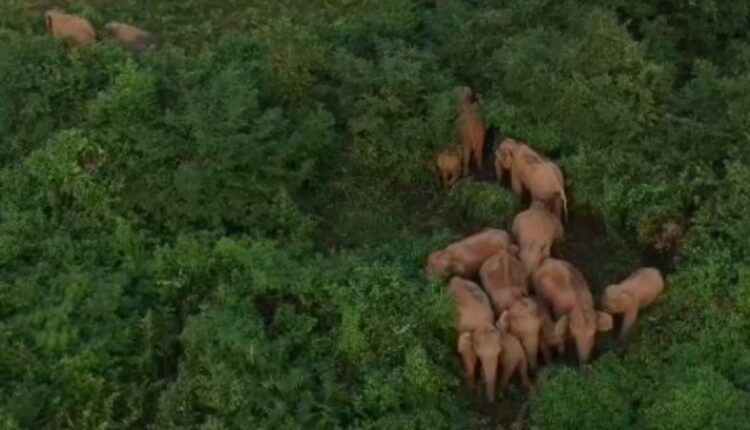 Bhubaneswar: A herd of around 20 wild elephants was spotted near Nandankanan Zoological Park (NZP) here today.

The pachyderms were found near the back gate of the zoo, sources said.

Farmer killed in elephant attack in Ganjam district of Odisha

On being informed, Forest department officials reached the spot and monitored the situation. They also tried to chase away the elephants into the forests. But, the herd could not be driven away till the filing of the last report.

“The elephants might have come from Athagarh forest division. We are tracking their movements,” said an official of the Forest Department.

NZP authorities, meanwhile, said their employees have been put on high alert and steps are being taken to prevent the elephants from entering the zoo.

Odisha: Farmer among six held over tusker death in…