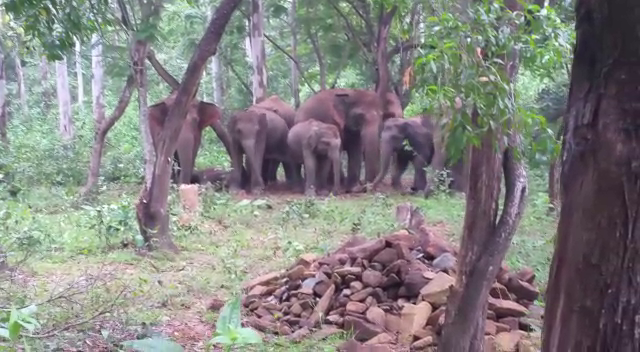 Keonjhar: Residents of villages under Champua Forest Range in Keonjhar district are spending sleepless night as a heard of elephants have been wreaking havoc in the areas since weeks.

Last night, a group of 32 elephants reportedly entered Basudepur village and damaged crops in farmlands. The pachyderms later destroyed two houses in the village. Fortunately, no casualty was reported in the elephant menace.

Meanwhile, forest officials visited the village to take stock and also launched an operation to drive away elephants.

Sources further said 11 elephants are camping in Balibanda area, nine in Champua, nine in Bamebari and three in Joda. These elephants frequently stray into human habitations during  evening and destroy crops.

Locals alleged that despite repeated complaints, forest officials are not taking any step to drive away the animals. “We are living in fear here. But the administrations have turned a blind eye to our grievances,” alleged a local resident.