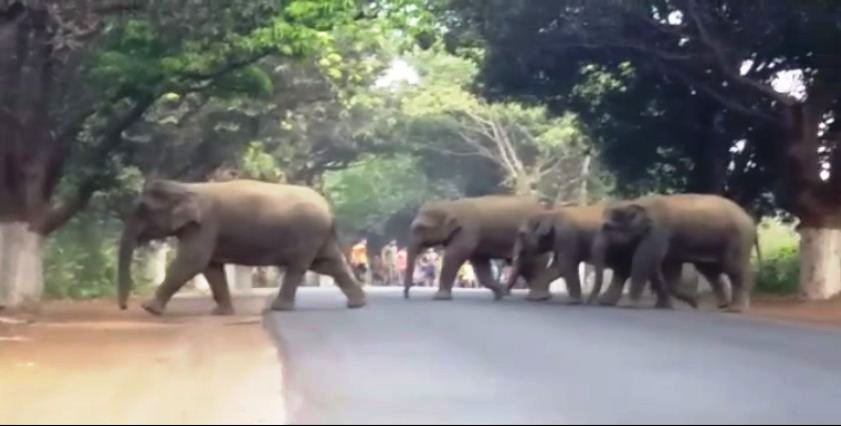 Keonjhar: Panic gripped residents of Gumura village under Champua Forest Range in Keonjhar district after a herd of elephants wreaked havoc in the locality last night.

Sources said a herd of 22 elephants from Barbil area strayed into the village crossing Kandara village and KC Pradhan mining area last night. The pachyderms later destroyed around five houses in the village. However, no casualty or injuries were reported in the incident.

On receiving information, forest officials reached the village to take stock of the situation and launched an operation to drive away the elephants, sources added.