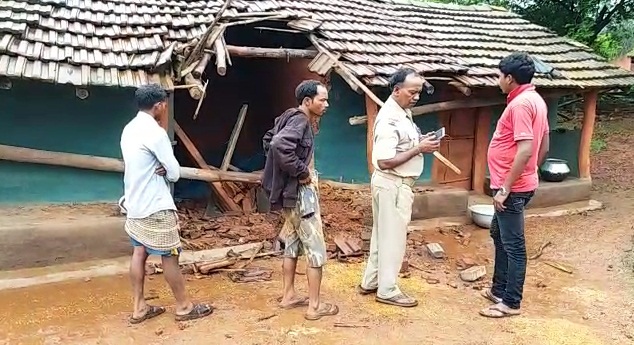 Keonjhar: In a tragic incident, a tusker trampled a 9-year-old boy to death and critically injured his mother and sister at Khuntakata village in Odisha’s Keonjhar district late last night.

According to reports, the elephant stormed into the house of Ganeswar Dehury in the village and crushed his son Litu to death on the spot.

The pachyderm then attacked Ganeswar’s wife and daughter injuring them grievously. The two were initially admitted to Bansapal hospital and later shifted to the district headquarters hospital as their condition deteriorated.

Villagers have expressed displeasure over late in arrival of Forest officials at the place following the mishap.