Elon Musk’s Starship could be launched in early 2022 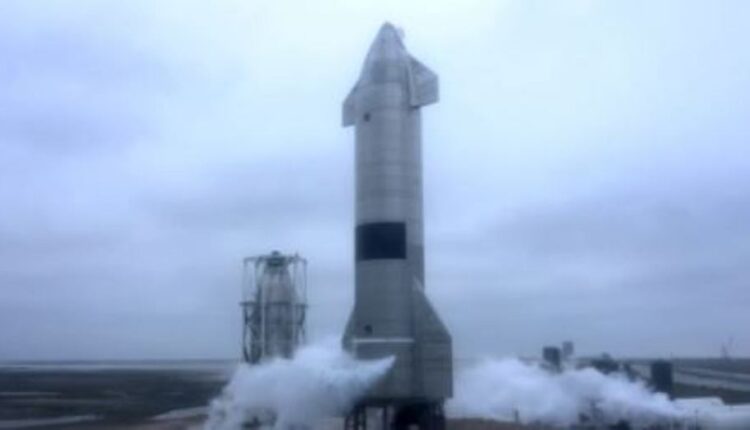 San Francisco: SpaceX, run by tech billionaire Elon Musk, will try to fly a Starship into orbit for the first time early next year, if all goes according to plan.

The company is targeting January or February for its first Starship orbital launch attempt, SpaceX founder and CEO Musk said on Wednesday. And that initial landmark leap will ideally be followed by a number of others shortly thereafter, reports Space.com.

“We intend to do, hopefully, a dozen (Starship) launches next year,” Musk said during a livestreamed presentation at the joint fall meeting of the Space Studies Board and Board on Physics and Astronomy, both of which are part of the US National Academies of Sciences, Engineering, and Medicine.

Starship consists of two elements, both of which are designed to be fully and rapidly reusable — a huge first-stage booster known as Super Heavy and a 165-feet-tall (50 meters) spacecraft called Starship.

Both are powered by SpaceX’s next-generation Raptor engine, six in the case of Starship and 29 for Super Heavy (at the moment at least; the booster will eventually sport 33 Raptors, Musk said).

SpaceX is developing this ambitious transportation system to get people and payloads to the moon, Mars and other distant destinations.

“Ultimately, Starship is designed to be a generalised transport mechanism for the greater solar system,” Musk said.

SpaceX has launched a handful of test flights with Starship prototypes from its “Starbase” facility, which is near the South Texas village of Boca Chica. But those hops reached a maximum altitude of about 6 miles (10 kilometres) and featured vehicles with just three engines.

Online application for Plus 3 Phase-II admission from Nov 23

National Integration Day 2021: Significance, History and all you need to know