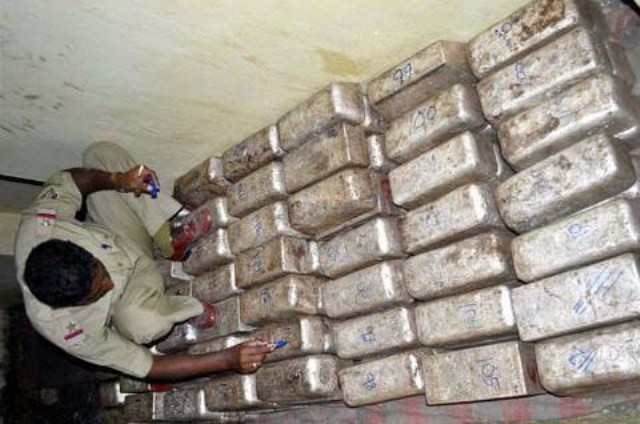 Bhubaneswar: The silver ingots recovered from Emar Mutt in pilgrim town Puri have links with the 1866 famine – Na’Anka Durbhikshya, said a book.

Revealing the mystery behind the hidden treasure worth Rs 90 crore found in Emar Mutt during excavation in 2011, the book “Great Orissa Famine of 1866: Na’Anka Durbhikshya”, which was released recently, said that the British authorities were purchasing rice from various mutts in exchange of silver bricks instead of silver coins.

The head of the Emar Mutt was involved in the transactions, the book said.

Disclosing the fact, eminent researcher Anil Dhir, who edited the book “Great Orissa Famine of 1866: Na’Anka Durbhikshya”, said that the mutts were the biggest landowners during the period in Odisha. When the British administration wanted to buy the stocks, the mutt heads refused payment in coinage, rather to be paid in bullion.

During the research, Dhir also found various papers which prove that the mutts sold a major part of their stocks for the relief kitchens that had been set up by the authorities. When few mutts and temple administration opened the free kitchens, most of their stocks were sold.

According to Dhir, there is no single narrative of the Great Orissa Famine.

He has also written about the Chhatarkhais, the role of Cecil Beadon and T.E.Ravenshaw and the Lassiez Faire attitude of the British.

The book has revealed many findings. While the written history of Great Famine has been confined to sources like contemporary writings, the famine commission report, Utkal Dipika and other newspapers, the real history can be found in English papers. The British Parliamentary Debates, Papers of the India Office Library, British Museum Library, the William Carey Library at Serampore and many other sources were scoured for writing the book.

Earlier, Dhir had written to the government seeking permission to inspect and study the ingots. Each ingot has proof and assay markings. A proper measurement and weight can reveal their origin and date.

Dhir now seeks permission from the court to examine the ingots, which are lying in the Police Armory in Puri.

The book edited by Anil Dhir and Ramesh Mohapatra was released by former Ambassador to the United States Lalit Mansingh at the Panthanivas on Nov 18 during a seminar on 150th Year Commemoration of the Na’Anka in December 2016.