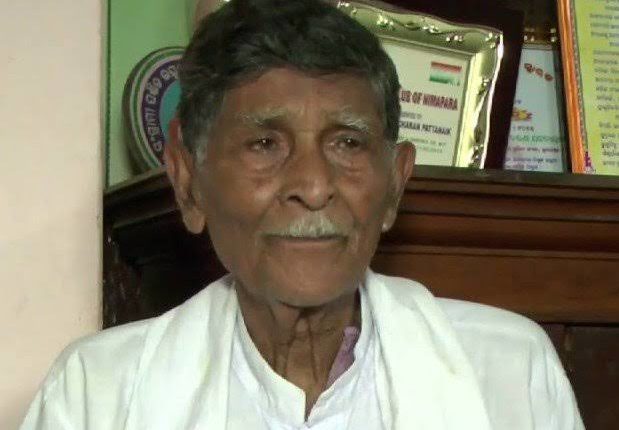 One of his relatives said Patnaik was having problem in breathing, but was reluctant to go to hospital. “This evening he was taken to Capital Hospital by ambulance and admitted to the ICU. Despite all attempts he left all of us,” the relative added.

His body has been kept at his residence near Rajmahal square for people to pay last respects.

Chief Minister Naveen Patnaik expressed deep grief at the passing away of the veteran freedom fighter and former MP. The Chief Minister described late Patnaik as a great patriot who had dedicated his entire life for the cause of the common man. A strong believer of Gandhian principles he was a close associate of Biju Babu. A man of indomitable spirit Bhabani Babu was very active till his death. In his death the Nation lost a true Gandhian and ‘karmayogi’, the Chief Minister said.

The Chief Minister conveyed his deep sympathy to the bereaved family.

Meanwhile, the Odisha govt announced the veteran Freedom Fighter will be cremated with full state honours in Nimapada tomorrow.