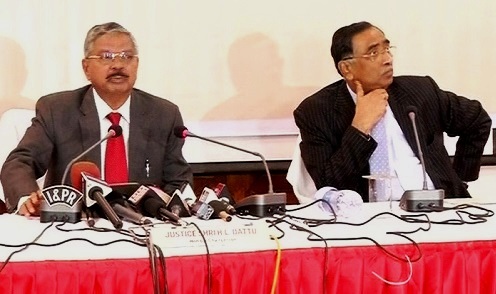 National Human Rights Commission (NHRC) Chairperson Justice H.L. Dattu on Wednesday sought amendment to the Protection of Human Rights Act, 1993, to empower the commission to take action against the erring officials for not adhering to its recommendations.

“There should be an amendment in the Protection of Human Rights Act, 1993, so that the commission can take action against officials who ignore its recommendations,” said Justice Dattu at the end of the commission’s three-day camp and open session here.

“If some more powers are given to us, it would be better. The Commission should have the power to start proceedings against officials ignoring recommendations. If that power is incorporated in the act, we will be in a position to do much more than we are doing today,” the NHRC chair said.

Since its inception in 1993, the NHRC has provided justice, liberty and equality to many victims of human rights violations, he said.

He said the commission has made certain recommendations to the Odisha government on the issues related to the food security, rehabilitation of bonded labourers, atrocities in police stations and others.

Holding a discussion with NGOs, the commission observed that there is a need to ensure human rights education in the curriculum of schools.

Sensitisation on programmes on human rights should also be held in universities and college, said the commission. (IANS)