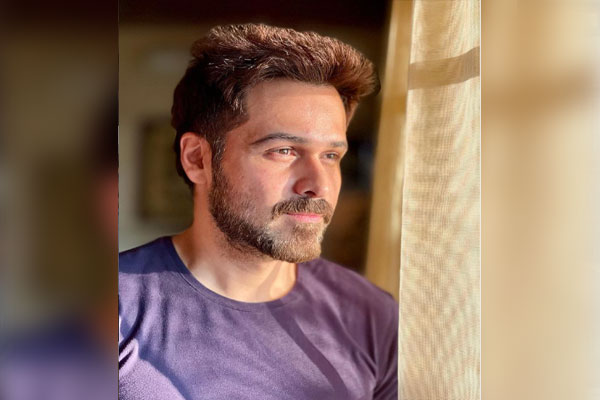 Mumbai: Actor Emraan Hashmi, whose film Mumbai Saga is currently running at the box office, has a slew of films coming out.

The actor has three very different films in his kitty at the moment. While he is committed to Chehre and Ezra, the actor is yet to confirm playing the villain in Tiger 3. He says he seems to have finally got rid of the “Serial Kisser” tag.

The actor, however, says that he has never bothered trying to change people’s perception.

“It’s up to people to think how they want to think. I can’t catch people by the throat and force them to look at me in a certain way. I just do my job as an actor and I don’t think about the perception as such,” he says.

Meanwhile, Emraan says that he is relieved that his film Mumbai Saga got a theatrical release.

“There was a bit of nervousness and excitement as it’s our baby which has been ready for while. We couldn’t release it last year. But better late than never,” he says.

Emraan Hashmi: I still get nervous before first day of shoot

He says that films like Mumbai Saga need to be released in the theatres.

“This film was always meant for a theatrical release. People will enjoy this film maximum there,” he says.

However, he adds that when it comes to predicting how his films will fare at the box office, he has no idea.

“You have nurtured this baby and you want to know if the world will accept or reject it. But at the same time, you don’t know what a Friday brings,” he says.

Meanwhile, the actor says that he is waiting for his other films to release.

“I am concentrating on these films at the moment. I am gearing up for the release of my upcoming films and then I will move over to the new projects,” he says.

Emraan’s next film is Chehre, a psychological drama co-starring Amitabh Bachchan and Rhea Chakraborty. His other upcoming film Ezra takes him back to the horror genre.

Microsoft in talks to acquire Discord for over $10B: Report

Emraan Hashmi-starrer ‘The Body’ to release on…