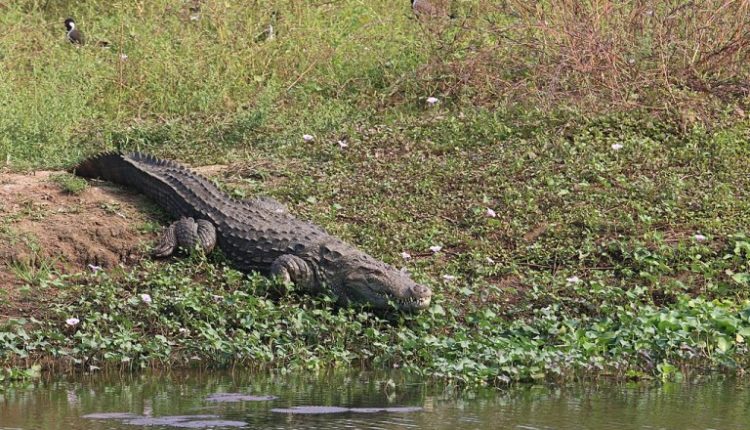 Berhampur: The number of muggers, an endangered crocodile species, in Ghodahada irrigation reservoir and adjoining waterbodies in Ganjam district has increased, much to the delight of wildlife activists and officials.

The number of the crocodile species in and around the reservoir was counted at 65 in the three-day-long census that ended on Saturday, a senior forest official said.

While 44 muggers were found in the 5 sq km reservoir, 21 were counted in the nearby waterbodies, said Amlan Nayak, Divisional Forest Officer (DFO) of Berhampur. Last year, the population of muggers in the area was at 58, which included 43 in the Ghodahada reservoir.

The population of the muggers had remained stagnant in 2017 and 2016, while their number was 49 in 2015, official sources said.

The census was conducted with the participation of around 50 persons who were divided into 20 teams.

Improvement in their habitat was stated to be the cause of the increase in the population, said the officer.

Ghodahada reservoir is considered as one of the potential habitats for the muggers in the state after Satakosia and Similipal. The population of mugger crocodiles in Satakosia and river system of Similipal Tiger Reserve (STR) in 2017 was 86 and 77, respectively, sources said.

Forest officials said no mugger was found dead in the area in the last three years. The muggers in Ghodahada swim safely as the local fishermen do not harm them, even though they use the waterbody for the fishing purpose, said PK Khadagray, forest range officer of Digapahandi.

This is despite frequent reports of destruction of fishing nets by the animals, he added.

People in the area also consider the sight of the mugger in the pond as a symbol of good luck. The forest officials in the area are also creating awareness among the locals about the importance of peaceful co-existence, he said.