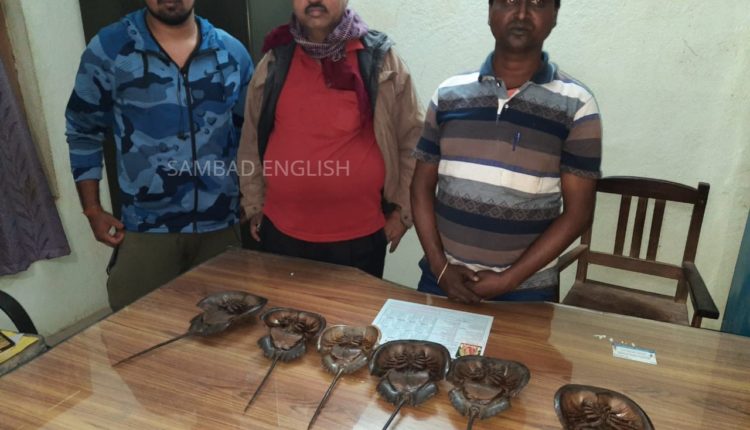 Baripada: The Forest Department today rescued as many as 12 horseshoe crabs, an endangered species, in Baripada town of Odisha’s Mayurbhanj district and detained a person in this connection.

Acting on a tip-off about one Sunil Biswas of West Bengal possessing the crabs, a team of the Forest Department raided a weekly market in the town and seized the crabs. While 12 of the crabs were alive, two were found dead.

Efforts were on by the department to nab an associate of Biswas. The estimated market value of the crabs is Rs 50,000, an official said.