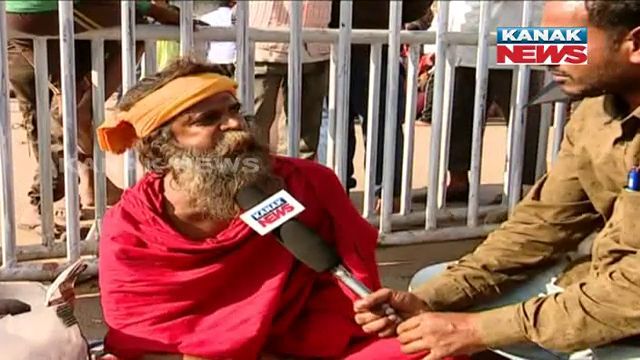 Puri: A man with Diploma in Plastic Engineering was found begging on ‘Badadanda’ in Puri town. It may sound bizarre, but the matter came to fore yesterday after the engineer-turned-beggar filed a complaint written in English at the Puri Town Police Station against a rickshaw puller.

Police officials were surprised to see the error-free complaint written in English by a beggar. Out of curiosity, they questioned the beggar and came to know about his identity.

The beggar, Girija Shankar Mishra had passed Diploma in Plastic Engineering from a reputed engineering college in Bhubaneswar. He is a resident of Jaydev Vihar area and his father was a Deputy Superintendent of Police.

“After completing BSc, I pursued the Diploma in Plastic Engineering from CIPET. In 1995, I was working with Milton. However, due to some dispute with higher-ups, I quit the job,” Girija Shankar said.

Asked about the reasons behind begging despite being highly qualified, he said, “There is no answer to it. Someone has to undergo the situation as per his fate.”

Girija Shankar’s parents died a few years back and at present he is not in touch with his siblings anymore. He urged youngsters to serve their parents during old age.

Passenger held with over Rs 28 lakh cash at Puri Railway…