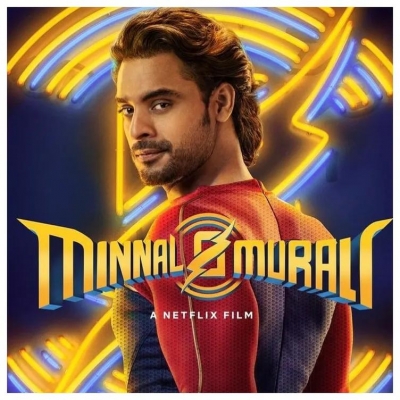 Thiruvananthapuram: For engineer-turned-actor Tovino Thomas, star of the superhit Malayalam movie, ‘Minnal Murali’, it must have been most gratifying to learn that a test paper for second-year students of Mechanical Engineering at a leading Kerala college carried a question based on the superhero film.

After all the positive reviews that the film has got and expectations of a sequel, it has figured in a Mechanics of Fluids question paper at Mar Athanasius College of Engineering (MACE), one of the oldest colleges of Kerala, in Kothamangalam, Ernakulam district.

All the 15 questions in the paper were creatively linked to scenes from ‘Minnal Murali’.

One of the questions, for instance, went like this: Kurukkanmoola (the fictitious place in the movie) is located at sea level and Minnal Murali is preparing to take a warm bath. That is when Josemon, Murali’s nephew, says it is possible to boil water below 100 degree Celsius. Please explain how Minnal Murali can do it.

Professor Kurian Joseph, who set the question paper, was all smiles when it went viral after the director, Basil Joseph, took to social media with it.

The professor, an IIT-Madras graduate, said in a conversation with IANS: “Basil Joseph called me up the same day itself and put it on his social media handle and the question paper went viral. He said he was delighted that the movie had entered the world of academia and thanked me. There were positive responses from all over and some negative feedback too.”

The professor had set a question paper earlier in 2017, within a year of his joining the college in 2016, in which he featured all his 65 students of his class as characters in real-life situations.

He had also set a question paper drawing on the theme of the deluge that the state had experienced back-to-back in 2018 and 2019.

Joseph clarified in the course of his interview that he had strictly followed the university guidelines regarding setting question papers.

Improvisation, the professor said, is limited only to the way the questions are framed, that too subject to the approval of the stream coordinator and head of the department.

“The idea is to bring in a little fun element in an otherwise tedious exam and pique the curiosity of students to motivate them to understand the concepts behind the questions,” Joseph said.

The professor said his guide at IIT-Madras, where he had completed his Ph.D., Dr C. Rajendran, was the inspiration behind these quirky questions. Dr Rajendra would always throw around one-liners during the research period to motivate students.