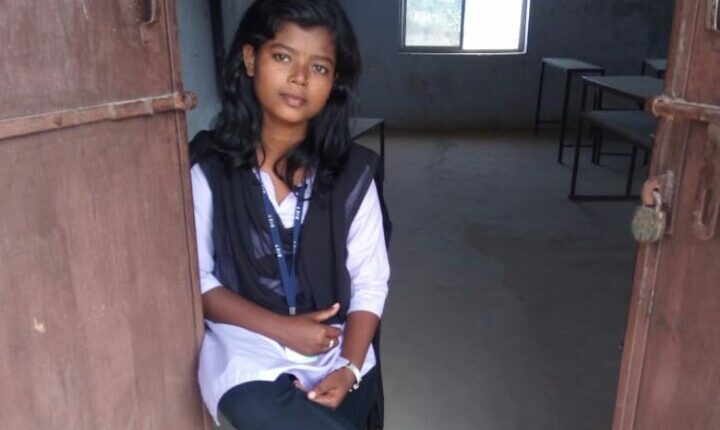 Pipili: Poverty pushed an engineering student into crisis as she turned a labourer not only to help her father in managing household, but also to pursue higher studies to make her career bright.

With dreams in her eyes to become an engineer, Loji Behera, daughter of Lokanatha Behera of Goradapidha village under Pipili Block in Puri district, is now a MGNREGA labourer to earn money so that she could be able to pay her college dues to obtain certificate.

According to reports, Loji is a diploma engineering pass-out student from a private institute in Khordha district. But, she opted for working under MGNREGA to pay Rs 24,000 to her college to get certificate.

“I have completed my diploma degree in civil engineering during the session 2016-19. Though the course fee was paid by the Government, my parents were unable to pay hostel fee. Of total due amount of Rs 44,000, my parents paid Rs 20,000. As I have not cleared my dues, I was denied to get my certificate,” the poor student told media.

Despite her repeated approach to college authorities regarding release of her certificate, the Chairman told her ‘No’ for the document.

“I had met my college principal, requested the chairman for my certificate, but nobody considered my plea,” Loji said.

Even, her father had approached the Khordha MLA in this regard but all their efforts brought no results.

“My father had submitted an application signed by the Khordha legislator to the college principal for release of my certificate. But, the chairman said that the certificate could not be released for not clearing the dues. In course of time, I failed to get admission into B.Tech course as I have no certificate,” she said.

To live her dreams, she decided to earn money and clear all dues to obtain certificate. Out of poverty and helplessness, she is engaged in soil lifting work at daily wage of Rs 207 under MGNREGA.

“We are five siblings and my father is the lone breadwinner in the family. It is very tough for him to bear expenses towards studies of five daughters. Therefore, I preferred to work. I have been working as a labourer under MGREGA in past 20 days with a hope that I can get my certificate and will pursue my studies someday,” Loji said.

She appealed to the government as well as private organisations seeking assistance for release of her certificate. However, she is confident that she can manage to clear her dues in the college.

“If I will not receive any assistance from government or voluntary organisations, I will try to get my certificate with my little savings from the MGNREGA work,” she added.