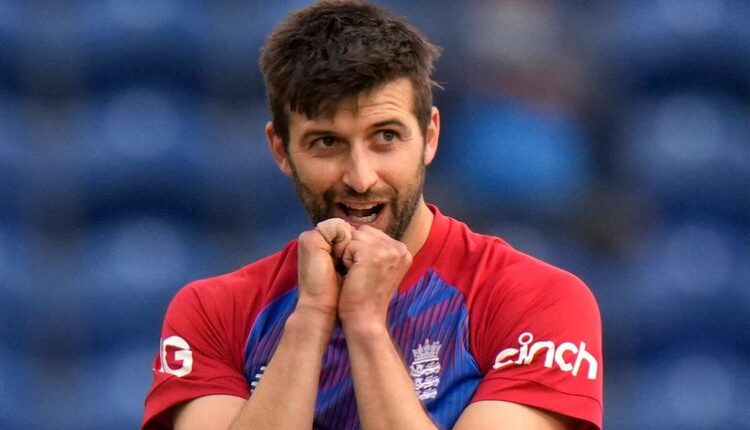 Chester-le-Street: England pacer Mark Wood feels that getting a contract for the Indian Premier League (IPL) is akin to playing a computer game. Wood, who withdrew from auction in the last season to spend time with his family, was picked for INR 7.5 crores by Lucknow Super Giants (LSG) edging competition from Delhi Capitals (DC) and Mumbai Indians (MI) in the IPL Mega Auction last week.

“I remember Sarah shouting — but also whispering — ‘Get back here now,’ as I was putting some dishes in the sink. After a quiet start to the bidding, suddenly it moved fast and the numbers went up. As soon as the final amount was confirmed Sarah asked what it was in pounds — I might have to freeze all our accounts so it doesn’t disappear,” Wood was quoted as saying by The Guardian.

“But we’re delighted. It’s a weird experience. It feels like a computer game — almost not real, like transfers on Football Manager — but it’s also very real when you get signed,” added Wood, whose lone appearance in the IPL was for Chennai Super Kings (CSK) in the 2018 season opener.

Before the IPL, Wood will be a part of England’s Test squad for the series against the West Indies in March. Wood admitted to being shocked over the omissions of veteran pacers James Anderson and Stuart Broad.

“I was shocked. I didn’t see it coming at all. It will be weird those two not being on tour; a first for me. Even when injured they normally stay in the group.”

But Wood, with 25 Test caps, hopes to get advice from the duo whenever he feels to be stuck with bowling plans. “But I know they’ll be there on text if I need advice. And if they see something, they’d message too. They’re England fans, I know they’ve been there a long time but they still just want England to win and I’m 100 per cent sure they’ll be back.”

For now, Wood plans to work in a collaborative way with Chris Woakes, the current senior-most pacer in the team with 42 Test caps apart from captain Joe Root and bowling coach Jon Lewis. The three-match Test series against the West Indies is England’s first outing in the longest format of the game after 4-0 thrashing in the Ashes in Australia.

“As bowlers we’re going to have to assess and make our own decisions as we go. Woakesy (Woakes), I’m sure, will step up and lead the group well. It will feel new and different. We may get compared to how (Anderson and Broad) have done things in the past, but I’m not in their class. We can’t try to bowl like them, they’re so good it’s nigh on impossible. We can just give the best account of ourselves.”