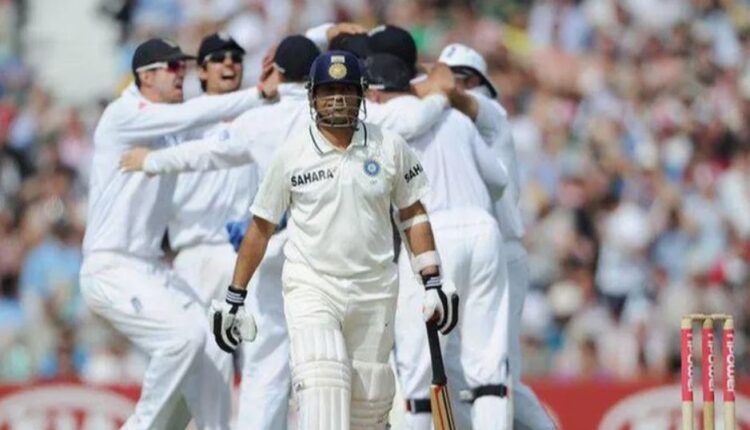 Mumbai: England’s Barmy Army has been trolled for posting an image of Sachin Tendulkar on his 49th birthday, which shows the legendary cricketer walking away after being dismissed as England players celebrate his wicket in the background.

The image has come in for massive criticism from Tendulkar’s fans, who have termed it an insult to the legendary player who has 51 Test centuries, the highest by any cricketer in the world.

Tendulkar celebrated his 49th birthday on April 24 with the cricketing world paying tribute to the ‘Little Master’ and calling him an inspiration to the future generations. But the notorious Barmy Army chose the occasion to post an image of Tendulkar’s dismissal in a Test match.

A fan wrote that England’s collective top order these days was finding it difficult to score as many runs as Tendulkar used to score in his prime.

“Their (England) own top order can’t make enough runs as he (Tendulkar) could alone in his prime,” tweeted a fan, while another wrote, “Your (England) player cannot even sit with @sachin_rt on the same bench. You cannot beat our any player when it comes to performance.”

Another fan asked the Barmy Army to show respect and be “gentle” to the cricketer on his special day.

“If (you) can’t respect someone don’t try to disrespect too. There is no point to have a dig at somebody irrespective of the occasion,” wrote another fan, with an image of a young Tendulkar walking off the field with England players clapping for him.